Gun safety advocate tells Ed Schultz: My daughters and I get 'threats of sexual violence' daily 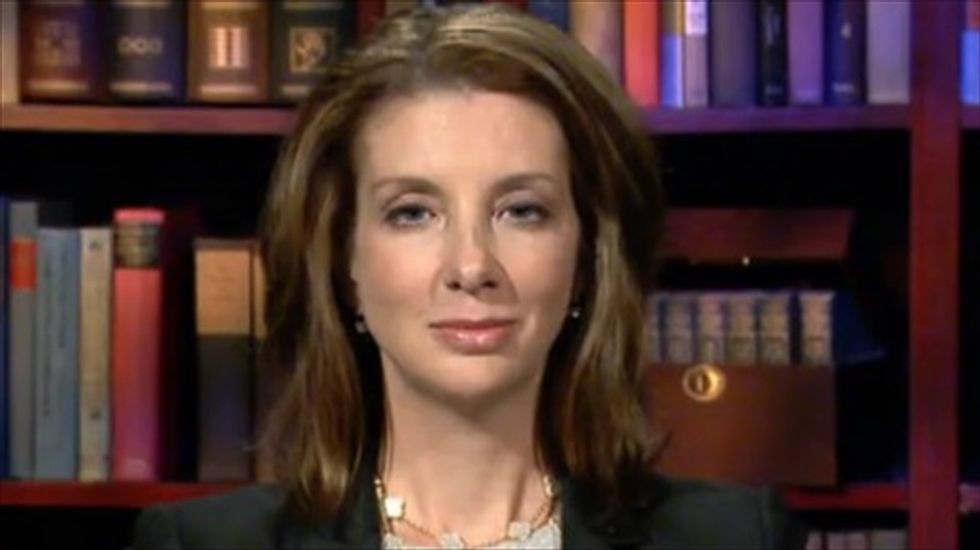 The founder of a gun safety advocacy group told MSNBC host Ed Schultz on Monday that the abuse against her goes beyond an attempt at intimidation by 40 armed gun owners this past weekend.

"As a member of this organizations, I get death threats and threats of sexual violence against myself and my daughters on a daily basis," Moms Demand Action For Gun Sense in America founder Shannon Watts said to Schultz. "This is an underbelly of America that all citizens should understand is out there, and that they do not want any kind of regulation of the Second Amendment whatsoever."

As PolicyMic reported on Monday, four members of her group were meeting inside a Dallas, Texas restaurant when members of Open Carry Texas arrived at the establishment, many of them pulling "long guns" out of a truck, and waited in the parking lot for the Moms Demand Action group to leave. A spokesperson for Watts' organization told Think Progress that the restaurant owner did not call police out of fear of "inciting a riot."

On its website, Moms Demand Action states that while it supports the Second Amendment, "we believe common-sense solutions can help decrease the escalating epidemic of gun violence that kills an American child every 3 hours and 15 minutes." Watts told Schultz on Monday that her group was able to persuade Starbucks in Texas to refuse entry to customers who carry firearms in the open.

Watts told Schultz a member of Open Carry Texas posed as a member of her group online and tipped the gun owners off about the Saturday meeting.

"Seeing people intimdate you with guns, that's something the Taliban would approve of, not our founding fathers," Watts said. "That is not what the Second Amendment is intended to do."

Watch Schultz's interview with Watts, as aired Monday on MSNBC, below.

Update: The story has been corrected to reflect the fact that Watts was not present at the meeting.