The surprising struggles -- and heart -- behind 'Doctor Who's' birth 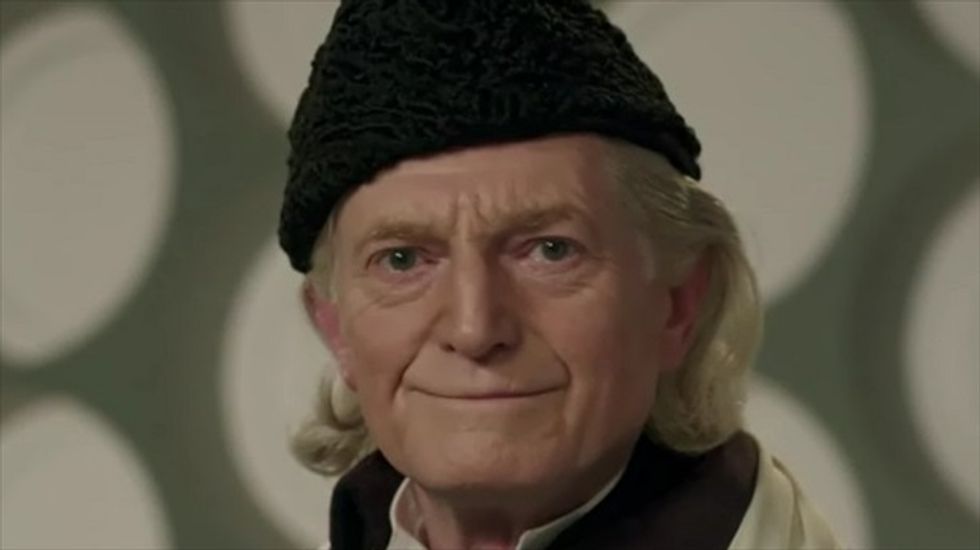 Before the "madman in a box," there was a man and a box. And An Adventure In Space And Time -- a 90-minute retelling of the origins of Doctor Who as part of the show's 50th anniversary this weekend -- packs a surprisingly potent love letter both to Doctor Who's original star, William Hartnell, and the fanbase that has followed the show since his arrival.

While Hartnell (David Bradley) is recruited to play the first of the show's 12 galaxy-tripping Doctors, the film quickly establishes rookie producer Verity Lambert (Jessica Raine) as the source of the character's courage. If early clips sold the movie as a sort of UK take on Mad Men, then Lambert faces a struggle not unlike Peggy Olson's. Not only does she take the assignment on the whim of former boss Sydney Newman (Brian Cox, perhaps supplying the Doctor's eventual bowtie), but she defends both herself and the project against in-house sexism.

Thanks to Lambert's persistence, the show also survives (barely) the worst possible intrusion of real life into her nascent sci-fi show: As the show premieres in the United Kingdom, the world at large is following the assassination of President John F. Kennedy. But she wins a do-over from the increasingly skeptical Newman, who grants her a repeat of the pilot episode, "The Unearthly Child," the following week, which helps the show become a surprise hit.

Meanwhile, Hartnell (David Bradley) is as surprised as anyone, given his situation: a veteran stage actor charged by a rookie producer with playing a cross between "H.G. Wells, C.S. Lewis and Father Christmas," the First Doctor is revealed as an off-screen grump with children flocking to him in wonder after seeing him gallivanting around the space-time continuum. And it's not just him capturing their imagination: we can see the show beginning to change project into product when Newman sees kids gleefully yelling "EXTERMINATE!" on a bus and Harnell's granddaughter cheerfully dresses up like one of the Doctor's arch-rivals, the Daleks. In a respectful touch, writer/producer Mark Gatiss, part of the show's current creative team, makes sure that, even from a behind-the-scenes perspective, the Daleks are always at least a little creepy.

Another pleasant surprise -- at least for newer progressive Whovians -- is seeing a person of color, director Waris Hussein, as Lambert's chief ally, the springboard to his own long career. While it's no spoiler to say that Doctor Who is in no danger of losing commercial steam any time soon, seeing Hussein alongside Lambert is gratifying for anyone dismayed by current showrunner Steven Moffat's trollish responses to calls for more diversity both in front and behind the camera.

But, the heart (or hearts, if you prefer) of Space and Time lies in Hartnell, who -- much like the Doctor -- sees himself become the show's only constant as Hussein, Lambert and his co-stars depart; "Why do things always have to change?" he protests. But with his own health failing to the point where he becomes a liability for the production, Hartnell becomes the first recipient of one of the show's harshest, most enduring points: Everything has its time. And everything ends. Even if you don't want to go.

However, Gatiss allows the audience one bit of "timey-wimeyness," suggesting that Harnell might have been able to see how far the show's legacy would stretch. The moment is a little bit hopeful and a little bit childish. But then, so is the character himself.