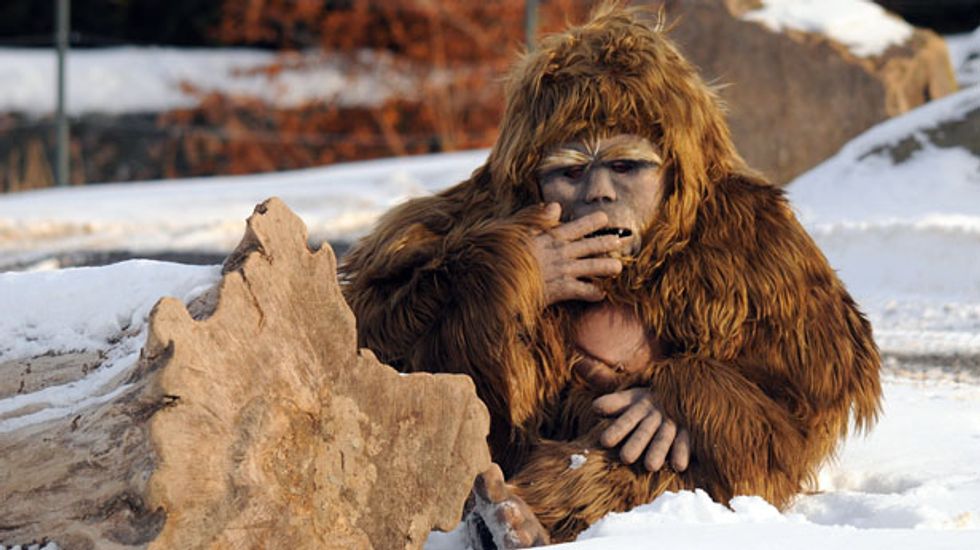 The Rogers County, Oklahoma Sheriff's Department arrested three men after one of them was accidentally shot. Authorities are still searching for the gun used in the shooting.

According to Sheriff Scott Walton, the three men were hunting Bigfoot late Saturday night, when one of them was spooked by what he thought might be the legendary beast and fired his weapon, hitting his friend in the back.

"When you start off with an explanation like that, do you believe anything after that?" Sheriff Walton said.

The men immediately contacted 911 and met emergency responders on a nearby interstate. The wounded man is expected to survive.

Sheriff Walton said that while authorities cannot "locate the weapon that was used," it "probably was an accidental shooting." It is not yet known if drugs or alcohol played any part in the accident.