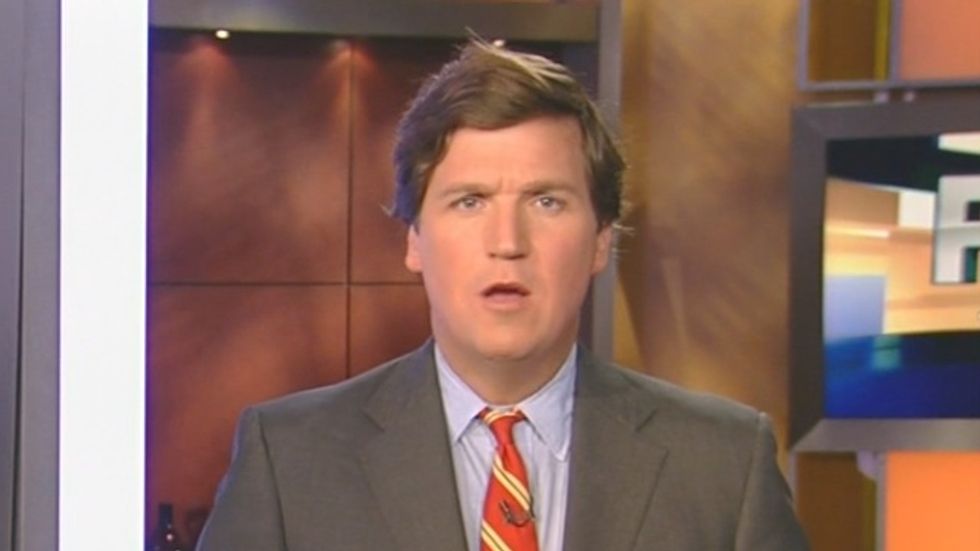 Fox News host Tucker Carlson on Sunday said that President Barack Obama was wrong to prepare for climate change because science shows that "the Earth may in fact be getting cooler."

On Friday, the president issued an executive order creating an interagency Council on Climate Preparedness and Resilience to "respond to the needs of communities nationwide that are dealing with the impacts of climate change."

But for Carlson and his Sunday guest Myron Bell, a global warming denier who works for the Competitive Enterprise Institute, the president's policy was "disastrous."

"So the idea is that the president can single-handedly prevent hurricanes?" Carlson snarked.

"It's really a way to expand the size and scope of the federal government's involvement in controlling and managing our lives," Bell insisted. "This is more big government, I would say."

"I'm struck by the tone from this announcement," the Fox News host noted. "The liberal cataclysm states the Earth is getting warmer because of a buildup of greenhouse gasses. But there are many legitimate scientists who believe the Earth may in fact be getting cooler because of solar activity. There is not a consensus that the president's theory is ironclad and correct."

"Does it drive you crazy that the left and the Obama administration in particular acts, if you ask any question about their global warming faith, that you are a heretic, you are a denier, you are somehow immoral?" Carlson wondered. "Isn't that the antithesis of science, which encourages free inquiry?"

Pie from the sky: drone delivery lands in America

Frisco (United States) (AFP) - The little aircraft appeared out of the blue sky above a Texas home, deposited its payload of a mid-morning snack in the yard and zoomed off, as deliveries by drone start becoming a reality in America.

Flying shipments of pizzas and birthday gifts have still not become the norm that tech leaders predicted, but the service is available in parts of the United States and government regulation is catching up.