American woman stuns audience and judges on 'Arabs Got Talent' 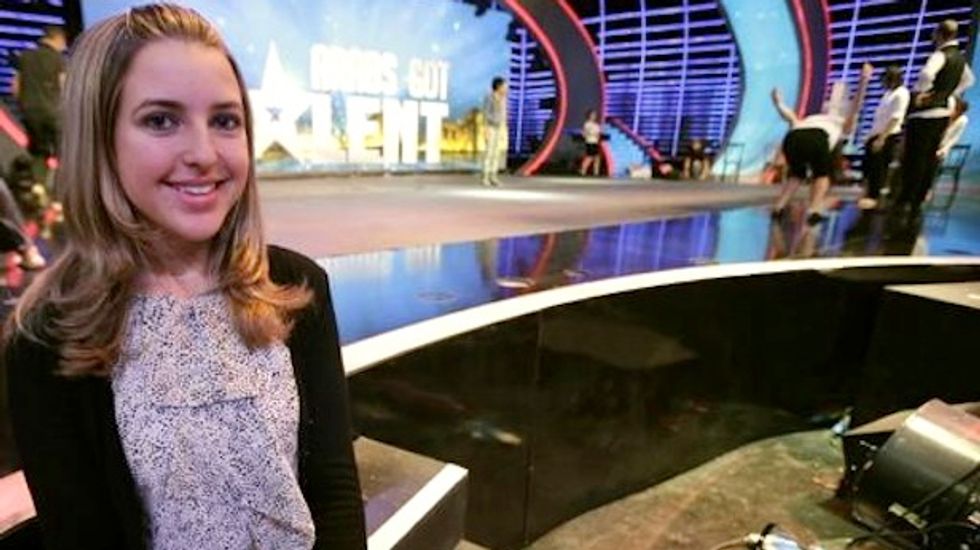 Young American Jennifer Grout doesn't speak a word of Arabic but has taught herself to sing the Arab world's best-known, most difficult songs -- and could even win a major TV talent show.

Her blonde hair loose and without a sign of make-up, the 23-year-old appeared before a panel of judges to audition for the "Arabs Got Talent" show.

When Egyptian film star and panel member Ahmed Helmy asked her in Arabic what her what her name was, she didn't have a clue what he was saying.

But then she began to play the oud and sing a classic by Egyptian diva Umm Kalthoum, "Baeed Annak" (Far From You).

She stunned the audience, enunciating every word to perfection as her voice effortlessly navigated the quarter-notes that make Arabic music so distinctive.

Grout, who grew up in a musical home in Boston, Massachusetts and has studied piano and violin since the age of five, only discovered her passion for Arabic music three years ago.

As a 20-year-old student in Boston, Grout says she "came across an online article about Fairouz," whose unique, angelic voice rings out on radio stations across the Arab world every morning.

"I listened to her and watched a video of her, and I was just really intrigued and mesmerized by her voice. So I decided to start exploring Arabic music more," Grout told AFP.

Ever since, she has learned to sing not only songs by Umm Kalthoum -- whose voice is still considered the Arab world's finest three decades after her death -- but also Syrian star Asmahan and the compositions of Egypt's Mohammad Abdel Wahab.

Quietly confident, Grout is a rare presence on the hugely popular "Arabs Got Talent", which usually hosts artists more likely to choose pop music, either Arabic or Western.

Asked why she didn't choose that path, she laughed: "That would be like asking an opera singer why she sings opera as opposed to Britney Spears."

Although the music she loves best is decades old, it would have been almost impossible for Grout to develop her passion without the Internet, with its wealth of videos of classical Arabic songs and their lyrics.

She says that although she doesn't speak Arabic, she understands the lyrics because she has found the translations for many of the songs online.

At the same time, she has asked her Arabic-speaking friends to help.

"Of course it's essential to understand what you're singing about," she said while preparing for rehearsal at a production studio of MBC broadcaster in Zouk Mosbeh, north of Beirut.

Several teachers have taught her to play oud, which she sometimes plays as an accompaniment.

The final of the show will be held on Saturday, when Grout will compete for first place against 11 other contestants.

Voters will call in to name their favorite, and Grout says that, if she wins, she will use the opportunity to get more exposure.

"I guess I would just see what opportunities rise out of this. Hopefully this will give me enough exposure to get performance opportunities, because that's really all I want to do, if I can, for the rest of my life," she said.

"Jennifer is the best," writes one on YouTube. "Wow, damn she is good!" writes another.

"She has a beautiful soul," writes a third.

But some viewers have expressed disbelief, calling her performances a publicity stunt.

"It's a trick in order to gain publicity," says one sceptic on YouTube, accusing the Arabs Got Talent show of merely pretending that she can't speak Arabic.

Grout says she is familiar with that disbelief, and that she experienced it at her fateful TV audition.

"Initially when I got on stage the audience was not expecting much," she said.

"I actually heard the audience started to laugh. And then later on, about 30 seconds in, it changed to silence, and then it changed to cheering, because everyone in the end was very impressed."