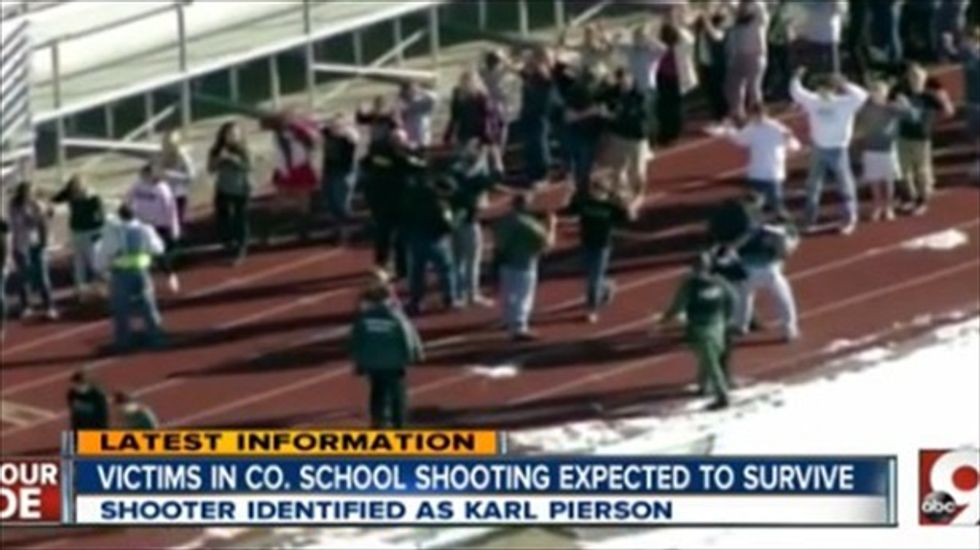 Authorities in Arapahoe County, Colorado, identified the local high school student behind Friday's school shooting, while continuing to investigate the reason for the attack.

The Denver Post reported Friday night that the shooter was identified as 18-year-old Karl Halverson Pierson. Pierson was found dead inside a classroom at Arapahoe High from a self-inflicted gunshot wound.

A 15-year-old girl was still hospitalized and listed in critical condition following the assault. Two more students were treated for non-gun related injuries and released from the hospital Friday.

Pierson was listed as living with his mother following his parents' divorce in 2011. Authorities searched both of his parents' houses Friday.

Authorities said the attacker carried a shotgun out in the open during the incident, stopping to shoot the girl while searching for his target, who has not been identified. Police did say, however, that the faculty member did leave the school after being told of Pierson's intentions, in an attempt to draw him away from the school.

"When he went into the library, he said, 'Where is Murphy?' NBC News quoted one witness as saying. Another witness, senior Max Minne, told KMGH-TV that Pierson was referring to the school's debate and speech team coach, who had recently dismissed Pierson from the debate squad.

Minne described Pierson as an intelligent student who was "verbally aggressive."

"He was always the type that wanted to be right," Minne was quoted as saying. "He would always argue with the teacher about scholastic things, whatever we were talking about he always had something to say. Never wanted anyone to tell him he was wrong. I definitely noticed that in the classes I was in with him."

Watch a report aired on WCPO-TV Friday night below.