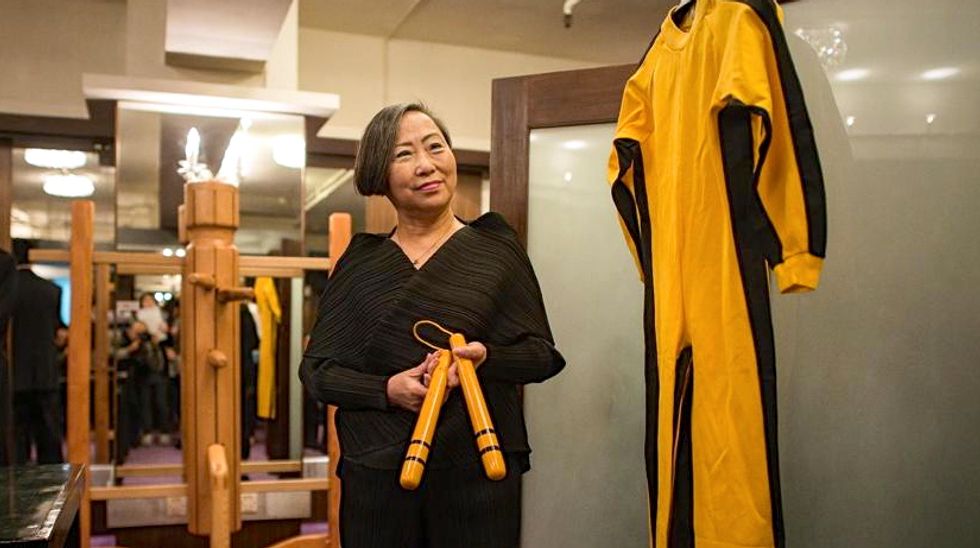 A yellow-and-black jumpsuit from Bruce Lee's final movie was sold for more than double its expected hammer price at an auction in Hong Kong Thursday commemorating the 40th anniversary of his death.

The one-piece suit from "Game of Death", which was specially designed by a Hong Kong tailor to fit Lee, was sold at the evening auction for HK$780,000 ($100,595) to an anonymous telephone bidder.

His matching yellow nunchaku, also used in the film, sold at HK$540,000 to a collector in the room, where around a dozen bidders were seated.

"It would have been nice to have the suit but I prefer this most of all, more than any other thing," 49-year-old British investment manager George Philips, who also bid on the suit said after winning the nunchaku.

"I think everybody loves Bruce Lee items, I did karate when I was five or six years old," Philips said, adding that he used to practise with the nunchaku while wearing a motorcycle helmet at the time.

Bidding was "very strong for an auction this size" Spink China vice chairperson Anna Lee said after the event.

All 14 lots were sold with other items including a punch pad Lee used to refine his one-inch punch, which sold for HK$50,400. Lee's bamboo whip used in "Game of Death" also sold for HK$96,000.

All the items belonged to a private collector but originally came from Lee or his friends and family.

Lee died in 1973 after a severe reaction to medication, before "Game of Death" could be completed, although a version of it was later released using stand-in actors.

Lee is credited with catapulting the martial arts film genre into the mainstream with movies including "Fist of Fury" and "The Big Boss".