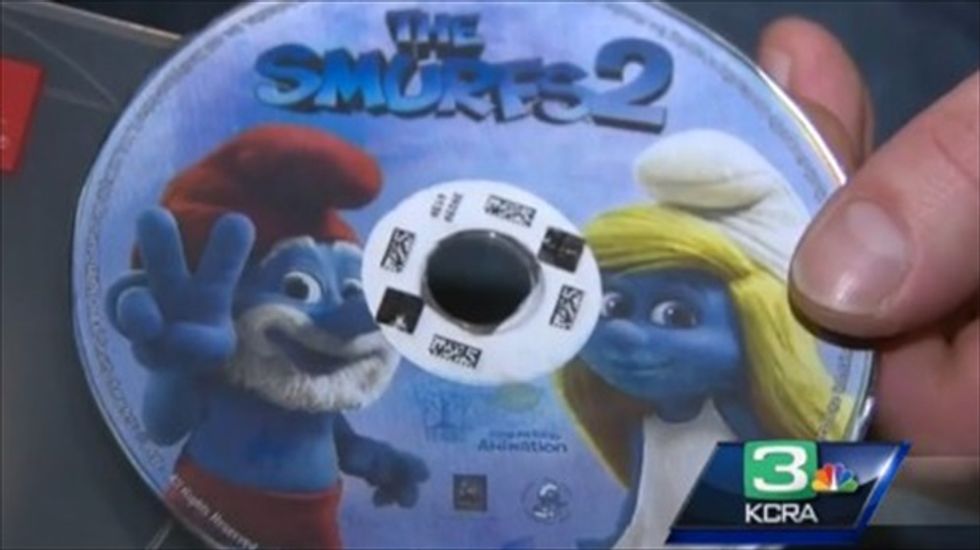 A California man criticized the rental company Redbox after renting a children's movie only to discover what he described as pornographic content.

Terry told KCRA he rented what he thought was the film The Smurfs 2 from a Redbox in Stockton, California to watch on his boat in nearby Isleton, saying the packaging and barcode for the DVD were identical to a regular release.

According to Terry, repeated calls to Redbox to complain resulted in a manager offering him 10 free rentals and a $2 credit on another rental. He told KCRA the manager also explained that similar incidents have happened in the past, but Redbox said in a statement that it is a relatively rare ocurrence.

"it appears the disc rented was a fraudulent disc altered by another individual," Redbox's statement read. "This is an unfortunate incident and we are preparing a case to provide to local law enforcement and will work with them to aggressively pursue prosecution."

Terry also said he was told Redbox is developing a program to prevent this type of incident that will launch next year.

"I think if this is a mother or father with kids and they got home and they put this in the TV [and] walked away, those kids would have serious issues," Terry told KCRA.

Watch KCRA's report, as aired on Friday, below.