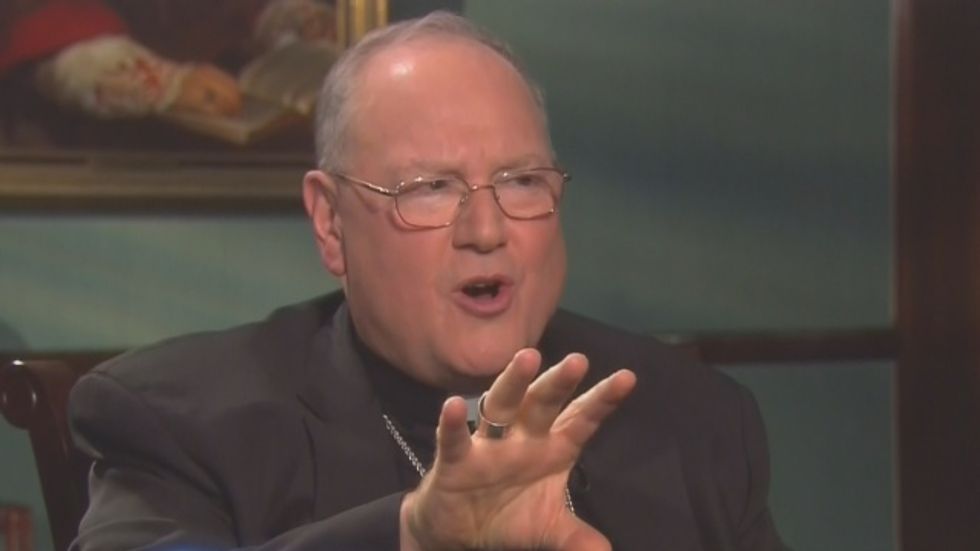 Cardinal Timothy Dolan explained recently that the Catholic Church wanted to support President Barack Obama's health care reform law but could not because it was "excluding the unborn."

In an interview with NBC's David Gregory that aired on Sunday, Dolan insisted that the Affordable Care Act put Catholic bishops in a "tough place because we're for universal comprehensive life-affirming health care."

"We've been asking for reform in health care for a long time, so we were kind of an early supporter in this," he said. "Where we started bristling and saying, 'Uh oh, this isn't comprehensive because it's excluding the undocumented immigrant and its excluding the unborn baby.' So, we began to bristle at that."

"And then secondly, we said, 'And wait a minute, we Catholics who are among the pros when it comes to providing health care, do it because of our religious conviction and because the dictates of our conscience, and now we're being asked to violate some of those,'" Dolan added. "So that's where we begin to draw back and say, Mr. President, please, you're really kind of pushing aside some of your greatest supporters here. We want to be with you, we want to be strong. And if you keep doing this, we're not going to be able to be one of your cheerleaders."

"And that, sadly, is what happened."

In fact, the Affordable Care Act mandates that all insurance plans include maternity coverage for the so-called "unborn," which was usually only offered as an rider prior to 2014.

And the law maintains the status quo on abortion coverage. Private insurance companies have the option of offering coverage, which some states have banned. Government funds can only pay for an abortion in the case of rape, incest or if the life of the mother is at stake.