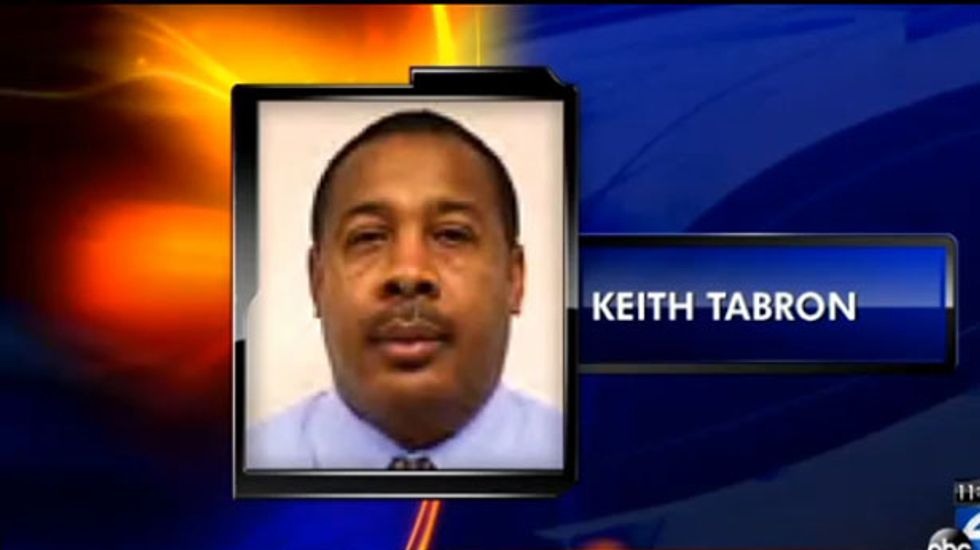 A D.C. officer named "Detective of the Year" in 2012 has pleaded guilty for secretly videotaping his adult stepdaughter as she changed clothes and showered.

Metropolitan Police Department detective Keith Tabron pleaded guilty in July to multiple counts of video surveillance with prurient intent. He was accused of setting up a network of surveillance cameras to spy on the young woman in the bathroom and in her bedroom.

A spokesperson for the State’s Attorney’s Office told WNEW that the victim was the daughter of Tabron’s estranged wife and was staying at the detective's home because she had "fallen on hard times."

The woman found one of the cameras in her bathroom. After calling her cousin, another camera was discovered in her bedroom. Both cameras were wired back to Tabron’s home office.

The State's Attorney for Prince George's County charged Tabron with 50 counts of secretly videotaping the woman over a nine-month period.

Tabron reached a plea deal with prosecutors, and was sentenced to a five-year suspended sentence and five years of probation. Prosecutors did not request for him to be registered as a sex offender, and he will avoid prison time.

Last year, the Metropolitan Police Department honored Keith Tabron as one of its "Detectives of the Year."

"Through hard work and relentless hours, Detective Tabron was been able to get a defendant to confess to twenty-eight (28) Burglaries in the Second District area after being arrested. Detective Tabron used his excellent interviewing skills to bring these crimes to a closure," the department wrote.

Watch video, broadcast by WJLA, below.