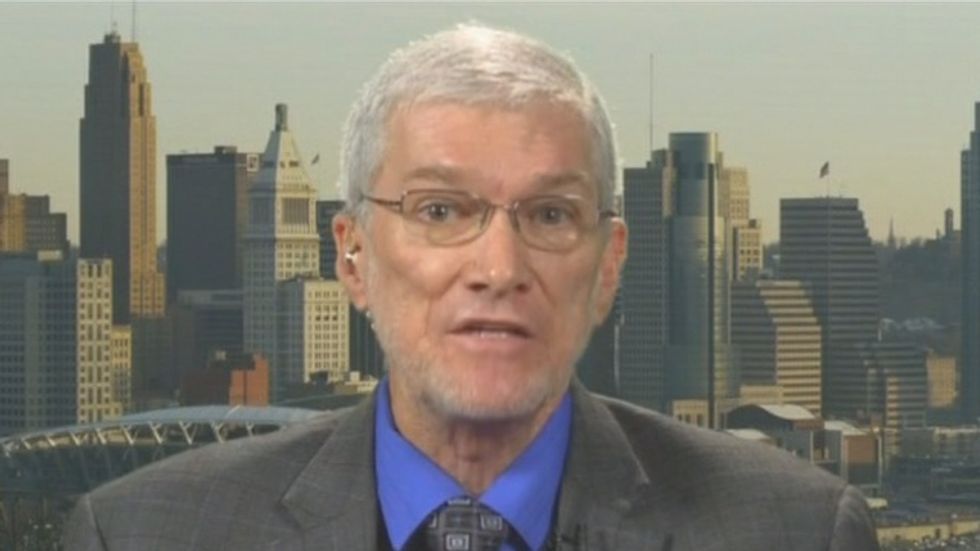 The president of a Kentucky creationist museum told Fox News on Monday that Christmas was a "time to take on the atheists" who used their free speech rights to doubt the existence of God.

"Well, it wouldn't be Christmas without someone complaining about Christ," Fox & Friends host Elisabeth Hasselbeck told Creation Museum President Ken Ham, noting that atheists had put up a billboard in Time Square which suggested that Christ was not needed during Christmas.

"You know, the atheist who are a very small minority in the population have been trying to impose their religion of atheism on the culture now for quite a while," Ham explained. "You know, getting Bible, prayer out of schools. Christian symbols out of public places."

"Because they're becoming so aggressive, I just feel that it's really time Christians really stood up in this culture to take on the atheists and to proclaim their message of hope," he continued. "I mean, what's the atheists' message? There is no God? When you die that's the end of you? So everything's just meaningless and hopelessness?"

Ham said that his group, Answers in Genesis, had put up its own billboards in Time Square, including one that says, "To all our atheists friends: Thank God you're wrong."

"Our message to the atheists is, hey, we're not attacking you personally but we want you to know the truth, that there is a God who created you and you are sinners as all of us are, but that God sent his son to become a babe in a manger," he insisted.

Hasselbeck agreed that the American people "seemed to be with you" because a conservative polling organization had found that most people believed that Christmas should be more about Jesus Christ than Santa Claus.

"What they're really doing, the atheists, they're really wanting to impose their anti-God religion on us, on the culture. And so we need to stand up against that."

Hasselbeck concluded by thanking Ham for "standing up for you faith."