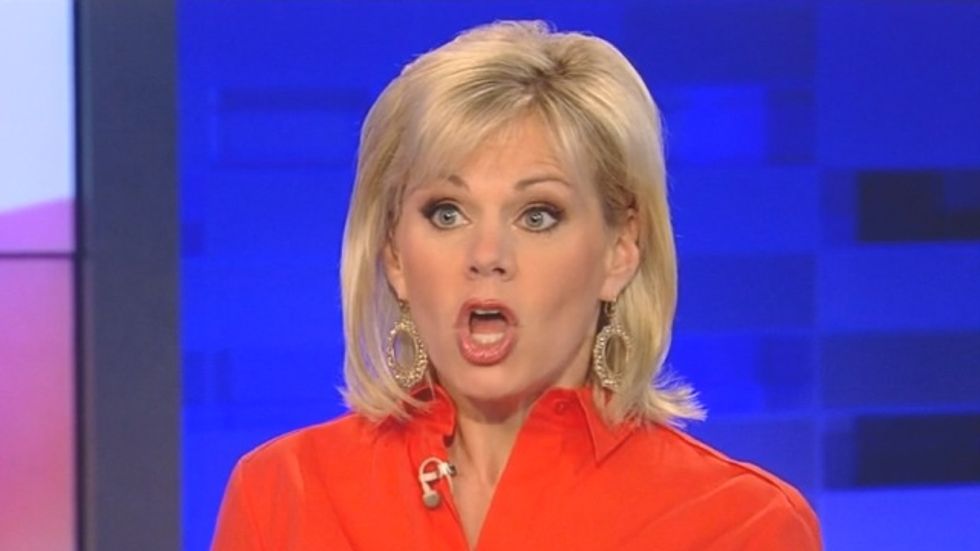 Fox News host Gretchen Carlson on Tuesday lashed out at atheists in Florida for putting up a Festivus display next to a Christian display at the state Capitol building.

Last week, Gov. Rick Scott’s (R) office approved a request to install a Festivus pole made of Pabst Blue Ribbon beer cans next to a nativity manger and a Three Wise Men display. Festivus is a holiday created by the television show Seinfield, but it often celebrated by atheists as an alternative to Christmas.

"I am so outraged by this," Carlson told Catholic League President Bill Donohue on Tuesday. "Why do I have to drive around with my kids to look for a nativity scenes and be, like, 'Oh, yeah, kids, look, there's baby Jesus behind the Festivus pole made out of beer cans! It's nuts!"

"We don't have to have the Klan out there on Martin Luther King Day with their monuments right next to a bust of Martin Luther King," Donohue agreed. "We don't want to have neo-Nazis out there to stick it to Jews on Yom Kippur. And we shouldn't have people out there ready to trash Christianity given that proximity."

American Atheists President David Silverman argued that "the season doesn't belong to Christianity... Christianity stole the season from the solstice."

"There is no wrong way to celebrate the season, it belongs to all of us," he added. "I say it's much better without religion. Dump the church, you don't like it anyway. Happy Festivus! For all of us!"

"It's a fake holiday!" Carlson exclaimed in exasperation.