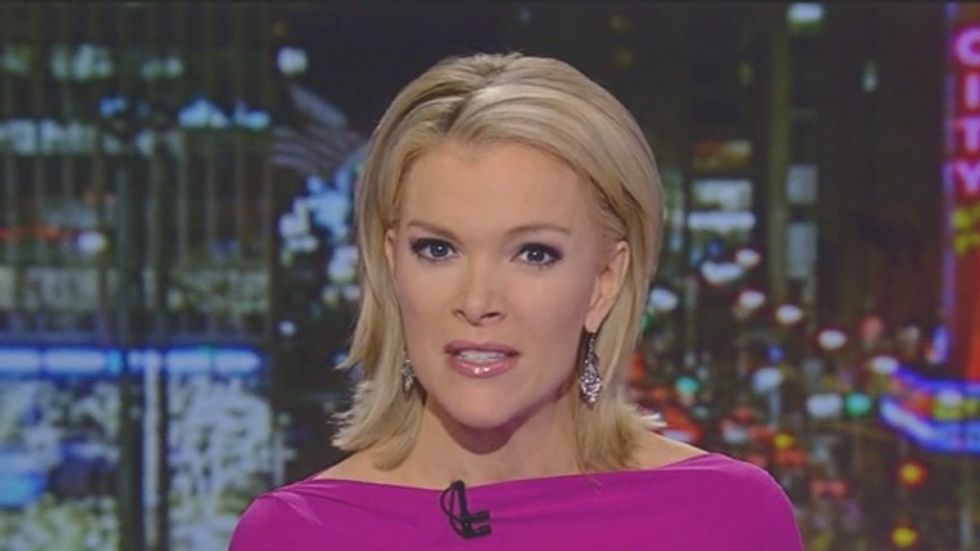 Fox News host Megyn Kelly on Wednesday assured children viewing her program that both Jesus Christ and Santa Claus were white men even though some liberals were trying to make them black.

In a column for Slate earlier this week, Aisha Harris wrote that she had always been confused as a child because the Santa in her home had brown skin like her, but the Santa in malls and on television was always white.

So Harris made the case "that America abandon Santa-as-fat-old-white-man" and adopt a penguin in his place.

"For one thing, making Santa Claus an animal rather than an old white male could spare millions of nonwhite kids the insecurity and shame that I remember from childhood," she wrote.

But on Wednesday, Kelly decided that Harris had gone "off the rails" with her column.

"For all you kids watching at home, Santa just is white," Kelly said. "But this person is just arguing that maybe we should also have a black Santa. But Santa is what he is."

"Just because it makes you feel uncomfortable doesn't mean it has to change, you know?" she added. "I mean, Jesus was a white man too. He was a historical figure, that's a verifiable fact, as is Santa -- I just want the kids watching to know that."

Contrary to Kelly's assertions, Jesus Christ was a Jew of Mediterranean descent and not the white European figure often depicted in paintings and movies.

YOU SHOULD ALSO READ --> Fox News host flips over atheist holiday display: ‘Baby Jesus is behind the Festivus pole!’