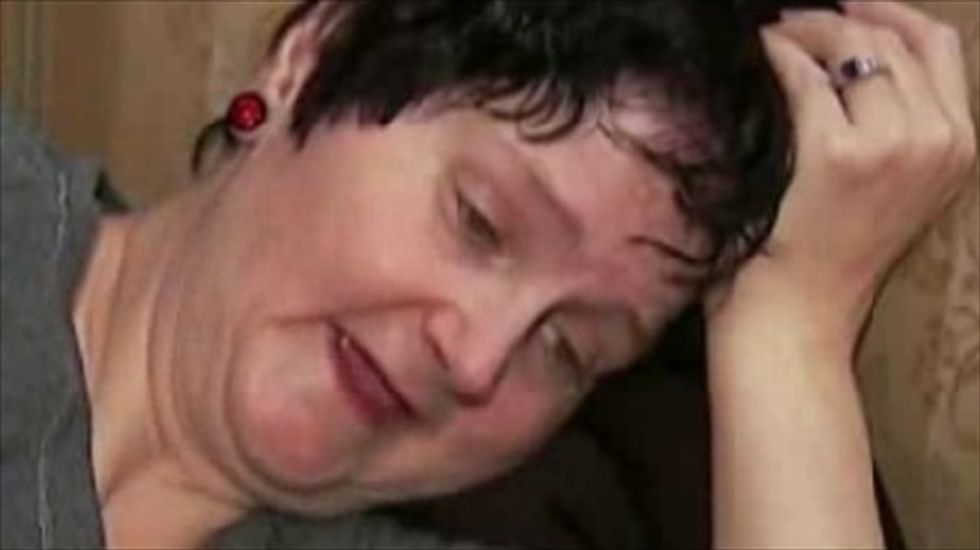 A Georgia woman is free, but hurt and angry after getting glued to a Home Depot toilet seat in an apparent prank, WSB-TV reported.

"I'm a grown woman who can't even sit up," the victim, Illyanna De La Keur, was quoted as saying. "I was stuck probably over an hour."

De La Keur told WSB she was trapped while visiting the store restroom during a Nov. 27 visit, but still cannot walk or go to the restroom after reportedly suffering ripped skin and sore muscles on the lower half of her body from paramedics' initial attempts to pull her off of the seat. Her sister provided WSB with footage of the rescue attempt in which De La Keur can be heard screaming at times. Eventually, officials used WD-40 to free her from the seat.

"I couldn't understand why they weren't just taking me to an emergency room and having a doctor remove it," she told WSB. "That's what should have happened."

However, De La Keur told WSB that the store's staff went from unresponsive to dismissive during the course of her ordeal.

"I was like some kind of sports event for them," she told WSB. "It was something for them to do on their lunch break: 'Let's go look at the girl stuck to the toilet seat.' It was really embarassing."

The person or persons responsible for the prank have not been identified. A spokesperson for Home Depot told WSB it has left voice messages for her and sent a letter in the wake of the incident. A third party company is now reportedly addressing De La Keur's case.