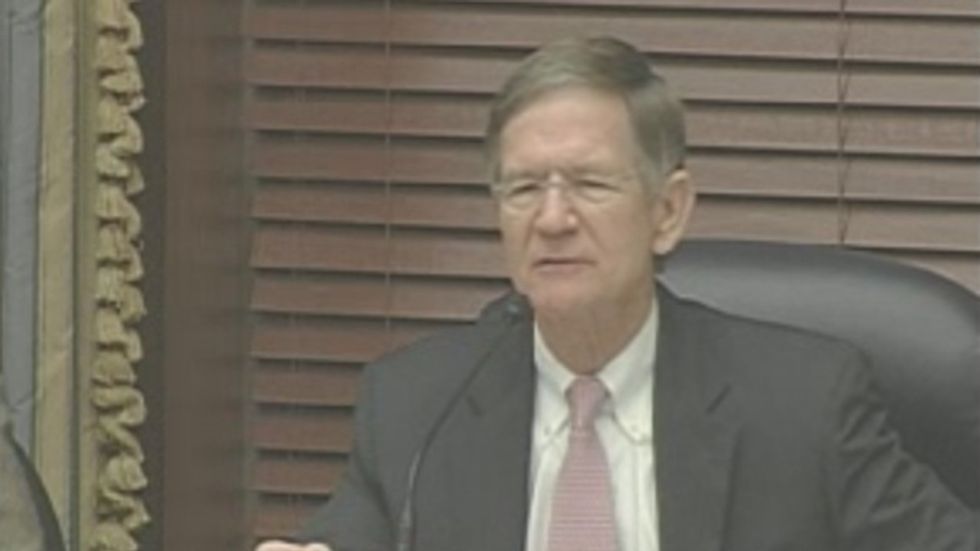 Republicans in the House of Representatives on Wednesday held a so-called "factual" hearing about climate change and used the testimony of skeptical witnesses to conclude that about half of scientists suspected global warming was a hoax.

At a Subcommittee on Environment hearing titled "A Factual Look at the Relationship Between Climate and Weather," Chairman Lamar Smith (R-TX) asked University of Alabama in Huntsville Professor John Christy -- a well-known global warming skeptic -- if it was really true that "97 percent of climate scientist think that climate change is real."

"No, not at all," Christie replied. "The American Meteorological Society, by the way, did do a survey of its professional members and found only 52 percent said that climate change of the past 50 years was due mostly to human kind. So, 52 percent amount is quite small, I think, in terms of confidence."

"You think the 52 percent is much more credible than the 97 percent?" Smith pressed.

"Oh, yes," Christie insisted. "It included over a thousand respondents."

"Fifty-two percent, I don't think by anybody's definition, is a consensus, by the way," Smith noted. "So I would so say that there's not necessarily a consensus."

Later in the hearing, Rep. Mark Takano (D-CA) asked the only witness who seemed to be concerned by man-made global warming, Pennsylvania State University's Dr. David Titley, if he agreed with the witnesses who claimed there was no link between climate change and weather.

"Can you comment on the claim that there have been no increase in extreme weather events?" Takano wondered.

"Just take the basic data, we have had for the last 36 years, since President Ford was in office, above normal temperatures," Titley observed. "That's away from the center and they're getting further and further away. Now if you take each year as kind of its own thing and imagine flipping a coin 36 times and getting heads. I mean, if that's a fair coin, I want to go to Vegas with you."

"So, I would say that is extreme. And the ice in the Arctic, that's extreme. We've seen geologic changes in less than 10 years."

A survey published earlier this year the journal Environmental Research Letters looked and the work of 29,000 climate scientists published in nearly 12,000 academic papers and found that 97.1% agreed that human activity was causing climate change.

Watch this video from the House Subcommittee on Environment Hearing, broadcast Dec. 11, 2013.