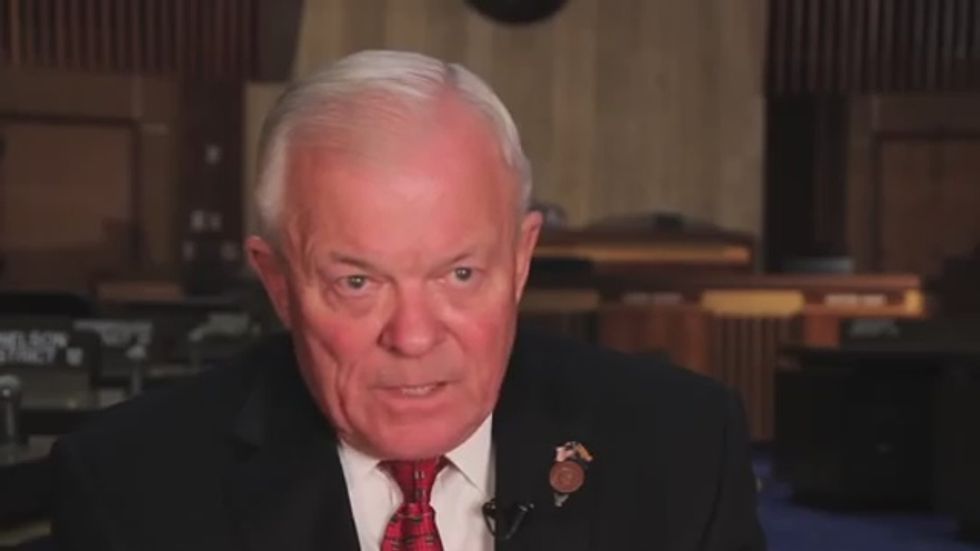 A Republican gubernatorial candidate in Arizona said this week that he mistakenly misquoted former President Abraham Lincoln on class warfare to criticize President Barack Obama because the quotes "sounded good."

"You cannot help the poor by destroying the rich," State Sen. Al Melvin (R) wrote on Twitter last week. "You cannot strengthen the weak by weakening the strong."

"You cannot further the brotherhood of man by inciting class hatred," another tweet said. "POTUS Obama needs to learn from these words."

Although Melvin attributed both quotes to the 16th president, there is no record of him actually saying those words.

“I can tell you that these quotes are spurious,” Arizona State University history professor Brooks Simpson told Capitol Media Services. “They do not appear in Lincoln’s writings or in his recollected words.”

For his part, Melvin said that the quotes came from a GOP newsletter and he used them because they "sounded good."

“It seemed like it was something that he would say," he said, adding that the misattribution was "news to me."

In fact, the quotes should have been attributed to William J. H. Boetcker, a conservative religious leader who is best known for a 1916 pamphlet emphasizing freedom and personal responsibility. Conservative politicians, including President Ronald Reagan, have repeatedly and incorrectly credited Lincoln with the quotations.

“If Obama had said it, I would have credited him,” Melvin remarked to Capitol News Services. “I know he wouldn’t have said it, but that was the point.”

Watch this video of Al Melvin campaigning against President Barack Obama in 2012.