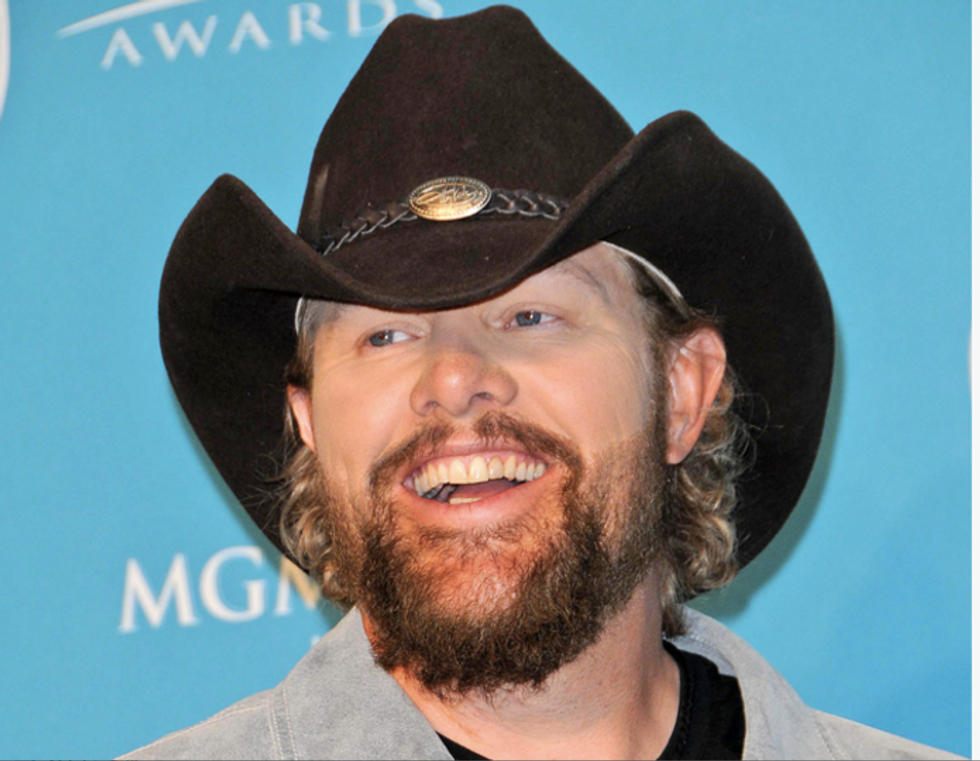 Conservatives and gun activists are in high dudgeon over a sign outside country singer Toby Keith's new Virginia bar and grill that says "No Guns Permitted."

According to Washington, DC's WTOP, the sign has provoked an explosion of outrage online. Many gun rights advocates took to Twitter and other social media to denounce Keith as a "gun hating liberal," a "fake," and a "Republican In Name Only" or "RINO."

"So if 'no guns are allowed' I guess that means that police officers that are 'on duty' aren't allowed in for lunch or dinner??" asked Facebook user Connie Hollar Wright on the restaurant's Facebook page. "Who are you guys callin [sic] when you need help???? Good luck with that!"

"Toby is a gun hating liberal. What a fake," wrote another.

"Won't go into a Killing zone," said another commenter with a "Duck Dynasty" avatar, "which is what gun free zones are."

The restaurant -- called I Love This Bar and Grill -- opened in Woodbridge, Virginia this week. The state has an open carry law, which allows citizens to openly carry firearms without a license. Businesses, however, reserve the right to ask patrons not to bring their guns inside.

Not everyone disagrees with the rule.

"I think it's a good thing no guns are permitted in a restaurant," said Jean Sutts of Woodbridge to WTOP.

Mike Miskin of Suffolk agreed that "alcohol and guns do not mix. I believe that you should be allowed to carry your gun with you but not into a bar."

A post at right-wing website Breitbart.com protested that, "(o)ne of Toby Keith's biggest country video hits is 'Bullets in the Gun.' It romanticizes carrying a gun."

Keith has been politically outspoken on a number of topics, but in fact bills himself as a conservative Democrat. He supported President George W. Bush when rival act the Dixie Chicks criticized Bush at the outset of the War in Iraq.

However, in 2008, Keith donated to then-Sen. Barack Obama's campaign for president and spoke out in favor of Obama's policies in the Middle East.