It's time for brain science to ditch the 'Venus vs. Mars' cliche 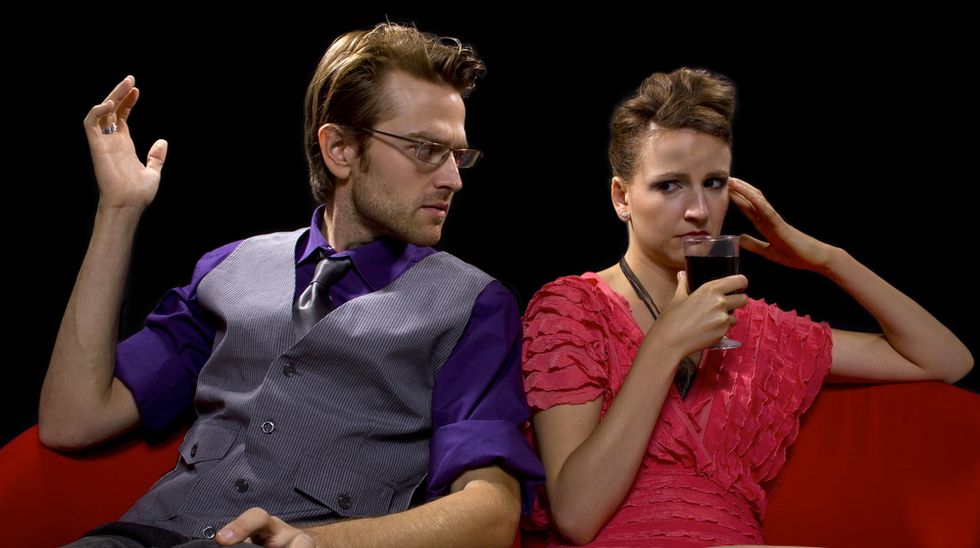 Reports trumpeting basic differences between male and female brains are biological determinism at its most trivial, says the science writer of the year

As hardy perennials go, there is little to beat that science hacks' favourite: the hard-wiring of male and female brains. For more than 30 years, I have seen a stream of tales about gender differences in brain structure under headlines that assure me that from birth men are innately more rational and better at map-reading than women, who are emotional, empathetic multi-taskers, useless at telling jokes. I am from Mars, apparently, while the ladies in my life are from Venus.

And there are no signs that this flow is drying up, with last week witnessing publication of a particularly lurid example of the genre. Writing in the US journal Proceedings of the National Academy of Sciences, researchers at the University of Pennsylvania in Philadelphia revealed they had used a technique called diffusion tensor imaging to show that the neurons in men's brains are connected to each other in a very different way from neurons in women's brains.

"These maps show us a stark difference in the architecture of the human brain that helps provide a potential neural basis as to why men excel at certain tasks and women at others," said Verma.

The response of the press was predictable. Once again scientists had "proved" that from birth men have brains which are hardwired to give us better spatial skills, to leave us bereft of empathy for others, and to make us run, like mascara, at the first hint of emotion. Equally, the team had provided an explanation for the "fact" that women cannot use corkscrews or park cars but can remember names and faces better than males. It is all written in our neurons at birth.

As I have said, I have read this sort of thing before. I didn't believe it then and I don't believe it now. It is biological determinism at its silly, trivial worst. Yes, men and women probably do have differently wired brains, but there is little convincing evidence to suggest these variations are caused by anything other than cultural factors. Males develop improved spatial skills not because of an innate superiority but because they are expected and encouraged to be strong at sport, which requires expertise at catching and throwing. Similarly, it is anticipated that girls will be more emotional and talkative, and so their verbal skills are emphasised by teachers and parents. As the years pass, these different lifestyles produce variations in brain wiring – which is a lot more plastic than most biological determinists realise. This possibility was simply not addressed by Verma and her team.

Equally, when gender differences are uncovered by researchers they are frequently found to be trivial, a point made by Robert Plomin, a professor of behavioural genetics at London's Institute of Psychiatry, whose studies have found that a mere 3% of the variation in young children's verbal development is due to their gender. "If you map the distribution of scores for verbal skills of boys and of girls, you get two graphs that overlap so much you would need a very fine pencil indeed to show the difference between them. Yet people ignore this huge similarity between boys and girls and instead exaggerate wildly the tiny difference between them. It drives me wild."

I should make it clear that Plomin made that remark three years ago when I last wrote about the issue of gender and brain wiring. It was not my first incursion, I should stress. Indeed, I have returned to the subject – which is an intriguing, important one – on a number of occasions over the years as neurological studies have been hyped in the media, often by the scientists who carried them out. It has taken a great deal of effort by other researchers to put the issue in proper perspective.

A major problem is the lack of consistent work in the field, a point stressed to me in 2005 – during an earlier outbreak of brain-gender difference stories – by Professor Steve Jones, a geneticist at University College London, and author of Y: The Descent of Men. "Researching my book, I discovered there was no consensus at all about the science [of gender and brain structure]," he told me. "There were studies that said completely contradictory things about male and female brains. That means you can pick whatever study you like and build a thesis around it. The whole field is like that. It is very subjective. That doesn't mean there are no differences between the brains of the sexes, but we should take care not to exaggerate them."

Needless to say that is not what has happened over the years. Indeed, this has become a topic whose coverage has been typified mainly by flaky claims, wild hyperbole and sexism. It is all very depressing. The question is: why has this happened? Why is there such divergence in explanations for the differences in mental abilities that we observe in men and women? And why do so many people want to exaggerate them so badly?

The first issue is the easier to answer. The field suffers because it is bedevilled by its extraordinary complexity. The human brain is a vast, convoluted edifice and scientists are only now beginning to develop adequate tools to explore it. The use of diffusion tensor imaging by Verma's team was an important breakthrough, it should be noted. The trouble is, once more, those involved were rash in their interpretations of their own work.

"This study contains some important data but it has been badly overhyped and the authors must take some of the blame," says Professor Dorothy Bishop, of Oxford University. "They talk as if there is a typical male and a typical female brain – they even provide a diagram – but they ignore the fact that there is a great deal of variation within the sexes in terms of brain structure. You simply cannot say there is a male brain and a female brain."

Even more critical is Marco Catani, of London's Institute of Psychiatry. "The study's main conclusions about possible cognitive differences between males and females are not supported by the findings of the study. A link between anatomical differences and cognitive functions should be demonstrated and the authors have not done so. They simply have no idea of how these differences in anatomy translate into cognitive attitudes. So the main conclusion of the study is purely speculative."

The study is also unclear how differences in brain architecture between the sexes arose in the first place, a point raised by Michael Bloomfield of the MRC's Clinical Science Centre. "An obvious possibility is that male hormones like testosterone and female hormones like oestrogen have different effects on the brain. A more subtle possibility is that bringing a child up in a particular gender could affect how our brains are wired."

In fact, Verma's results showed that the neuronal connectivity differences between the sexes increased with the age of her subjects. Such a finding is entirely consistent with the idea that cultural factors are driving changes in the brain's wiring. The longer we live, the more our intellectual biases are exaggerated and intensified by our culture, with cumulative effects on our neurons. In other words, the intellectual differences we observe between the sexes are not the result of different genetic birthrights but are a consequence of what we expect a boy or a girl to be.

Why so many people should be so desperate to ignore or obscure this fact is a very different issue. In the end, I suspect it depends on whether you believe our fates are sealed at birth or if you think that it is a key part of human nature to be able to display a plasticity in behaviour and in ways of thinking in the face of altered circumstance. My money is very much on the latter.

[Image credit: Couple fighting and dressed for a night out via Shutterstock.com]