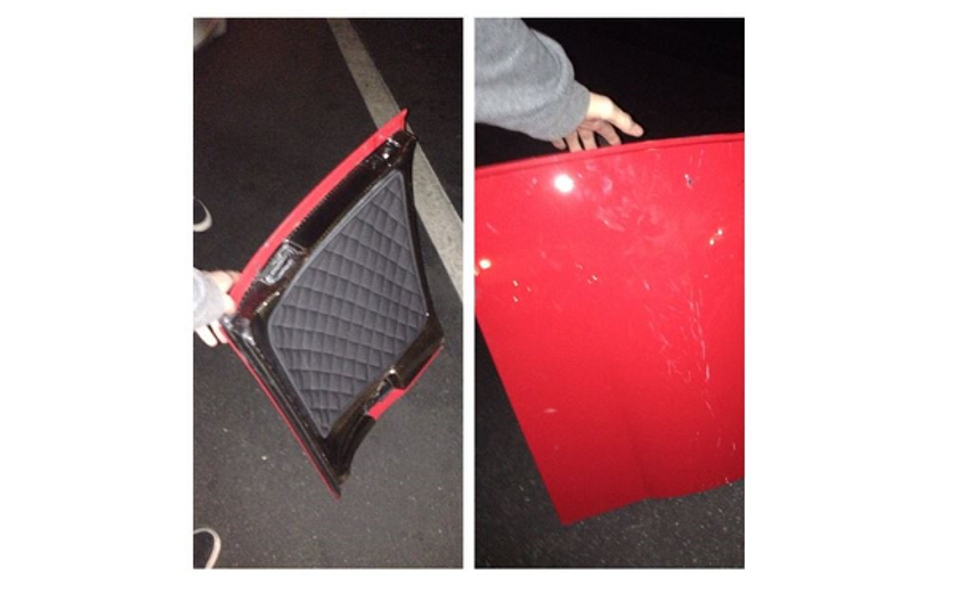 News broke Thursday afternoon that Jameson Witty, 18, a Los Angeles area BMX rider, had been arrested for his part in a macabre theft.

When a tow truck was carrying away the charred remains of the 2005 Porsche Carrera GT that actor Paul Walker and his friend Roger Rodas died in after a fiery crash on Saturday, the tow truck driver briefly stopped at a red light. At that moment, Witty allegedly jumped out of a car he was a passenger in, and grabbed a piece of the Porsche wreck. He then returned to the car he was riding in, which drove off.

According to LA Weekly, Witty was arrested Thursday morning at about 11:30 am. Witty's 25-year-old friend was out of state and was talking to sheriff's deputies about turning himself in.

We looked around and found Witty's Instagram account, and it included the image you see above, of two snapshots side by side, which appear to show the Porsche roof panel that Witty had taken off the tow truck. It was labeled with the words, "Piece of Paul walkers car, took it off a tow truck at a stop light"

The Sheriff's department said it would recommend that Witty be charged with grand theft and tampering with evidence. His bail has been set at $20,000.

We also found this video of Witty featured in a BMX video...