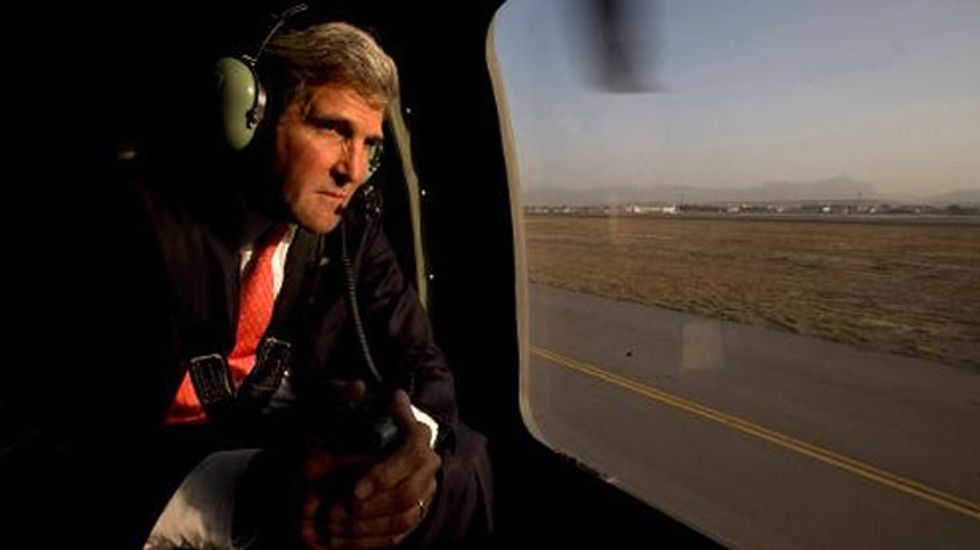 US Secretary of State John Kerry returned Sunday to Vietnam's Mekong Delta, whose waters he navigated as a wartime gunboat skipper, to investigate climate change in his role as Washington's top diplomat.

Kerry, who arrived in Ho Chi Minh City Saturday on a trip aimed at shoring up ties with Southeast Asia, travelled by boat through Ca Mau, a once-dangerous Viet Cong stronghold, an official with the local US consulate told AFP.

The one-time presidential hopeful, whose political activism was inspired by his experiences patrolling the area's waterways on US Swift Boats during the Vietnam War, was due to inspect agriculture projects and see first-hand the impact of climate change on the region's delicate ecosystems.

Kerry served with the US Navy from 1966 to 1970 as a naval lieutenant. He was decorated with three Purple Hearts, awarded for combat injuries, as well as a Bronze Star and a Silver Star for valour.

The delta is "a place that really ties together the history and the future of the US-Vietnam relationship", a senior State Department official said in a briefing.

"The history is well known... Secretary Kerry himself served in this area... But the future is in the cooperation between the US and Vietnam on environmental issues and climate change," the official added.

On Saturday he hailed ties between the two former foes the as "stronger than ever" as he started his first official visit to the nation as the top US diplomat.

"I can't think of two countries that have worked harder, done more and done better to try and bring themselves together to change history, and change the future," he said.

Washington is eager to underscore its commitment to Asia after its "pivot" policy was shaken earlier this year when the US government shutdown forced President Barack Obama to cancel a trip to the region, allowing China to occupy centre stage at key regional summits.

The region is beset by political and territorial tensions, including bitter maritime disputes between an increasingly assertive China and a number of its neighbours including Vietnam.

On Saturday he said he vividly remembered his time in war-torn South Vietnam, describing an evening drinking on the roof of the Rex Hotel in Saigon in 1969.

"I can't tell you how totally bizarre it was to be sitting on top of a hotel, having a beer... while all around you, you would be seeing and hearing the sounds of a war," he said.

It was on his return after two tours of duty that he became a fierce campaigner against the war, which ended in 1975.

Kerry, who celebrated his 70th birthday on Wednesday, said he was excited to have returned to Vietnam, his first time back in the communist country since he joined President Bill Clinton on his landmark visit in 2000.

Kerry's trip will also include a visit to the Philippines, a longstanding US ally.