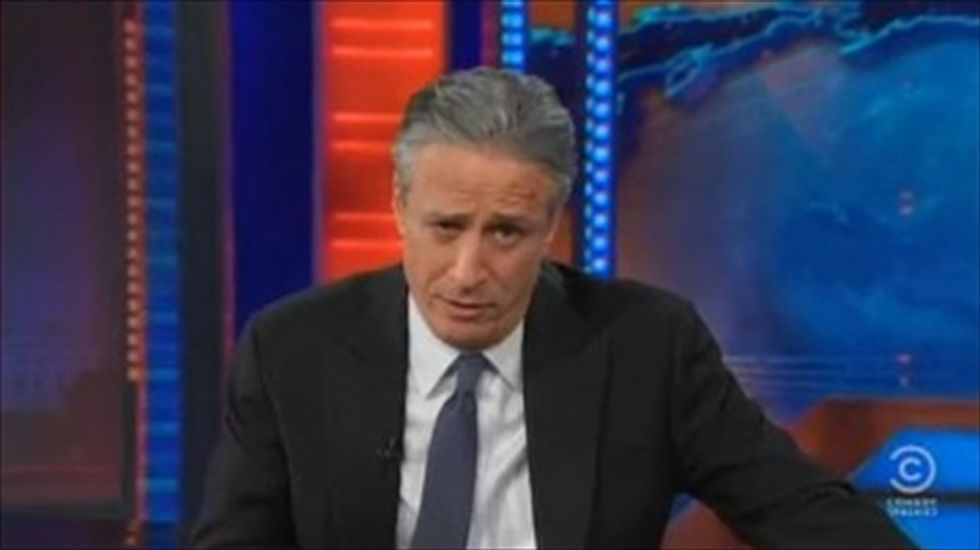 Before taking on the media hype surrounding the "knockout game," Jon Stewart took a second on Monday to reconsider Megyn Kelly's infamous remarks regarding Jesus Christ and Santa Claus.

"Unfortunately for Miss Kelly, for Fox, her program is televised," Stewart said. "And people who saw this segment, or read about it, expressed an opinion that what she said was wrong and inexplicably defensive and oddly definitive for a discussion of a fictional character and, people thought it was really f*cked up."

After watching Kelly's explanation calling the whole affair "a tongue-in-cheek message," however, Stewart offered up a fake apology of his own.

Stewart said. "What appeared to me to be another example of a Fox News segment expressing anger and victimization over the loss of absolute power and reframing that as persecution of 'real America' by minorities, freeloaders, and socialists -- that's trademarked, by the way," Stewart said. "What I thought was that was a jest, a jape, a bit of wise-crackery."

Meanwhile, he argued, Kelly's cable news colleagues have been busying themselves with reports on the "knockout game," pulling out a barrage of news clips placing it in a long line of fake trends.

"Could the news media be overhyping the danger?" Stewart asked. "They've never done that before. Well, there was that all the time."

And lost in the midst of this latest news outrage, Stewart pointed out, has been the country's continued problem with gun violence, punctuated by U.S. gun laws weakening since the Newtown mass shooting last year. To push back against the trend, Stewart put on his own best fake newscaster face.

"There's a new trend in this country," he intoned. "People shooting other people. It's called the 'shooty game.'"

Watch Stewart take on Kelly and the "knockout game," as posted online on Monday, below.