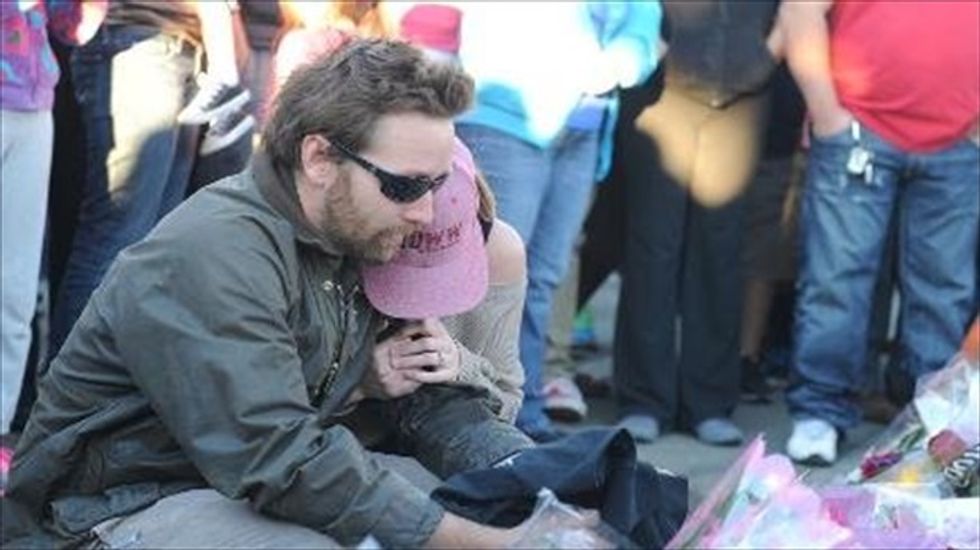 Fans pay their respects at the site of the car accident in which actor Paul Walker was killed in Santa Clarita, California, on Dec. 1, 2013 [AFP]

Police in the US city where "Fast and Furious" star Paul Walker died warned fans Monday against "burning rubber" near the spot where he was killed, as they probed the fatal car crash.

They issued the caution after reports of people pulling stunt maneuvers on the stretch of road in Santa Clarita, northwest of Los Angeles, where Walker died in a fiery smash on Saturday.

A makeshift shrine has sprung up at the place where Walker was killed when the red Porsche sports car he was traveling in slammed into a tree and caught fire.

Speed is believed to have been a factor in the accident, although investigators are also probing the burnt-out wreckage for evidence of any mechanical problems.

At least one witness has suggested that 40-year-old Walker and a 38-year-old friend, Roger Rodas, may have been drag-style racing at the time, according to CNN, although others have discounted such accounts.

But some fans of the blockbuster franchise have apparently been paying tribute by pulling hotrod stunts on the four-lane stretch of road where the accident occurred.

One maneuver reported was drifting, an illegal technique in which the driver intentionally oversteers, causing the rear wheels to skid and making the car slide from side to side.

"We sent deputies to the accident location this morning after we started getting reports of drivers burning rubber and spinning tires at the site," said Santa Clarita sheriff's office spokesman Richard Cohen.

"So far I haven't had any reports of any drivers being cited or arrested... But we have deputies there to stop that behavior if it happens again."

The first "Fast and Furious" movie appeared in 2001. The series, with its focus on fast cars, tough guys, sexy starlets and exotic locales, is one of Hollywood's most lucrative global franchises.

Before his "Fast and Furious" breakthrough Walker was in several 1980s TV shows. He became a teen heartthrob, appearing in such movies as "Pleasantville" (1988), "She's All That" and "Varsity Blues" (both 1999).