Lawmakers may avoid another shutdown with new bipartisan budget deal 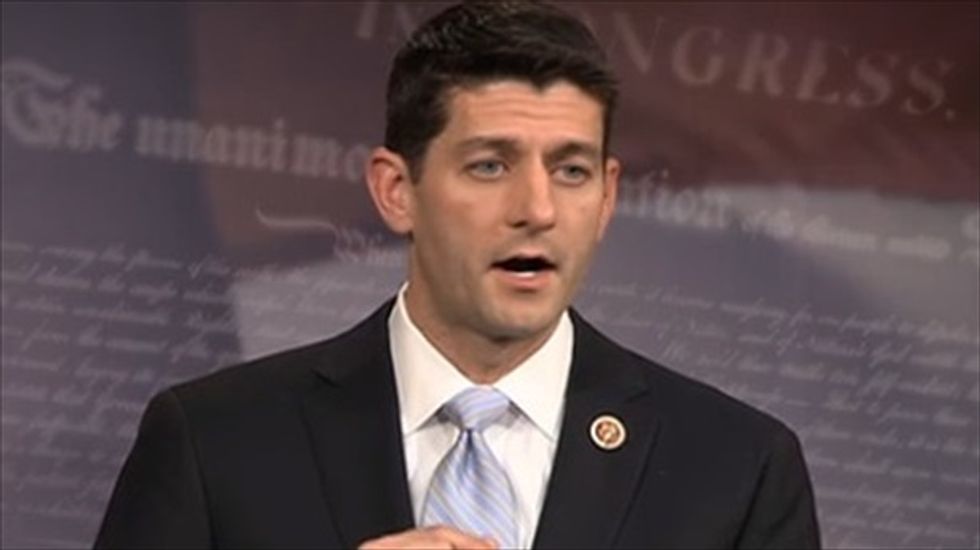 A bipartisan group of lawmakers announced Tuesday afternooon that it had reached a two-year agreement on a budget plan that could head off the threat of another government shutdown at the outset of 2014, NBC News reported.

The plan, which Congressional leaders hope to pass by the end of the week, sets the federal budget at $1.012 trillion for 2014 and $1.014 trillion for 2015, both increases over the $967 billion budget mandated by the federal sequester, which was approved in March.

"I think this agreement is a clear improvement on the status quo," Rep. Paul Ryan (R-WI) said at a press conference explaining the deal. Ryan and Sen. Patty Murray (D-WA) led their respective party's delegations in negotiating the plan into fruition.

The plan does not, however, address the matter of the pending cuts to unemployment benefit funds, which are set to take place on Jan. 1, following through on Senate Democrats' vow to leave them off the table. The deal also does not include a new agreement on the federal debt limit. Congress must decide by February whether to raise that, as well.

But both Ryan and Murray came out on Tuesday expressing their satisfaction with a deal both of them said represented progress for an often contentious Congress.

"We have broken through the partisanship and gridlock and reached a bipartisan compromise that will prevent a government shutdown in January," Murray said at the press conference.