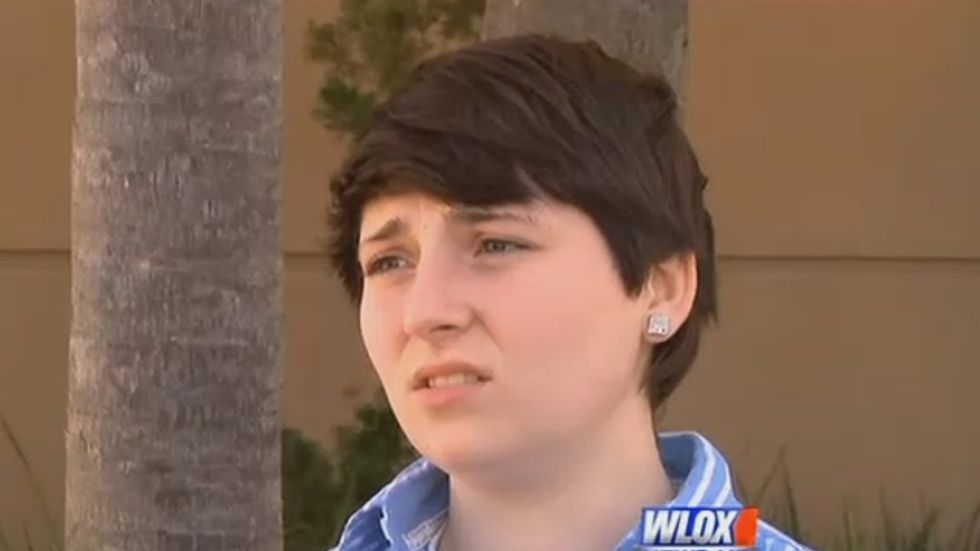 A civil rights organization filed a lawsuit on Tuesday after a Mississippi school district refused to change its policies that allegedly resulted in a lesbian student being bullied for months.

The Southern Poverty Law Center (SPLC) said on Tuesday that it had met with Mississippi’s Moss Point School District in March to ask officials to change policies because Destin Holmes had been bullied to the point of attempting suicide.

"We are disappointed that the district fails to see the serious harm its deliberate inaction causes its students," SPLC staff attorney Anjali Nair said on Tuesday. “District officials who are entrusted with the safety and education of all students not only ignored, dismissed and even blamed victims for the abusive behavior of faculty and other students, they also participated in discriminatory acts.”

According to the lawsuit, the anti-LGBT comments started after Holmes enrolled at Magnolia Junior High in 2011. The complaint said that teachers would call her a "he/she" and she was forced to use the boys' restroom. Students regularly referred to her as "dyke," "lesbo" and "dyke-ass freak."

After meeting with Holmes' father in March 2012, Assistant Principal LaJuna Payton brought the student in for a talk and called her a "pathetic fool," and said, "I don't want a dyke in this school."

Holmes' father later met with the principal again and realized that the school's hostility gave him no choice but to homeschool his daughter.

"We're asking that the district to create policies and procedures that will hold the district accountable for responding and investigating reports of harassment. We're also seeking financial relief for Destin and her family for the harm that she suffered," Nair told WLOX.

The district said that it could not comment to the lawsuit, but it placed the "highest priority" on "[p]rotecting our students from acts of bullying, harassment, intimidation and threats by any individual."