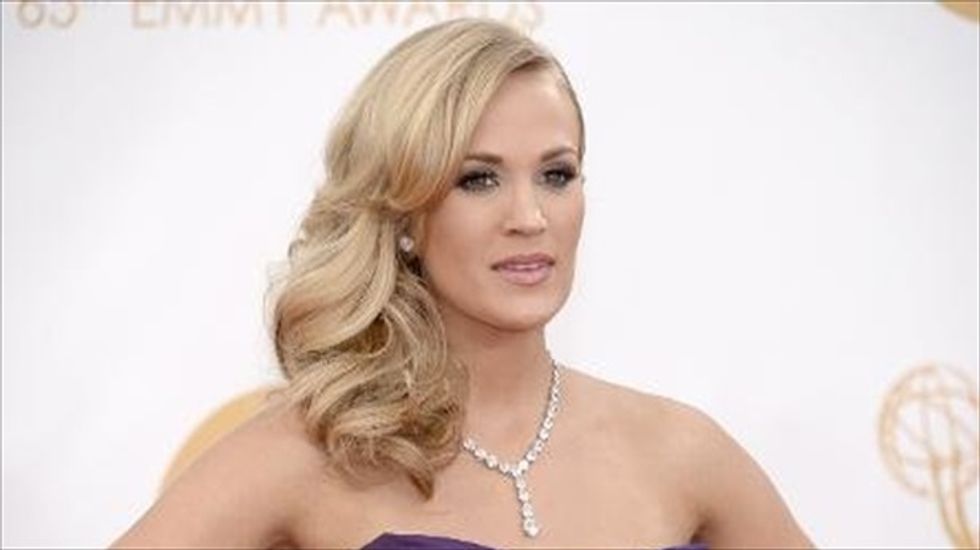 US television network NBC's one-night live revival of the venerable Broadway musical The Sound of Music pulled a respectable 18.5 million viewers, but it failed to thrill the critics.

Country-pop diva Carrie Underwood starred as Maria von Trapp in the three-hour telecast Thursday that drew more viewers to NBC than to any other network, according to early Nielsen data released Friday.

It was also NBC's best showing in more than 10 years in the hotly contested Thursday prime-time slot when rivals CBS, ABC and Fox telecast such popular series as The Big Bang Theory, Grey's Anatomy and Glee, respectively.

But critics lined up to assail the program that, in terms of staging, was remarkably faithful to Rodgers and Hammerstein's enduring 1959 stage classic that spawned an Oscar-winning movie in 1965 and innumerable small-town and high-school productions.

Washington Post critic Hank Stuever called it "disappointingly stiff," while Alessandra Stanley in the New York Times faulted Oklahoma-born Underwood, 30, for a "bloodless performance (that) put a damper on the night."

"She delivered her spoken lines with all the inflection and spontaneity of an in-flight safety video," Stanley said.

In the Los Angeles Times, Robert Lloyd thought "True Blood" star Stephen Moyer, who played Captain Georg von Trapp, "had the anger and the stiffness" his role called for, "but not the humor it needs."

That said, Lloyd said that as "an ordinary citizen" rather than a critic, he saluted the effort, and he imagined the cast going off to the famous Broadway restaurant Sardi's afterwards to await the opening-night reviews.

In fact, the special -- a pet project of NBC chairman Robert Greenblatt that cost $9 million, according to The Hollywood Reporter -- was produced in a Long Island warehouse without a live audience.

"Glory to God tonight...I couldn't be more proud. What a tough thing to pull off and we did it! I am so blessed!!!" said Underwood on Twitter, where The Sound of Music was the second most popular topic after Nelson Mandela.

The show, highlights of which can be seen on the video streaming website Hulu part-owned by NBC, is expected to be rebroadcast in the run-up to Christmas -- and it could likely enjoy reruns for many Yuletide seasons to come.

The Sound of Music is based on the true story of a widowed Austrian aristocrat and the musically-minded young governess he hires to mind his seven children.

They eventually married and toured Europe and North America with the youngsters as the Trapp Family Choir. The family emigrated to the United States at the outset of World War II, founding a well-known ski lodge in the Green Mountains of Vermont.