Maddow: Do not accept that we are helpless to stop gun violence against kids 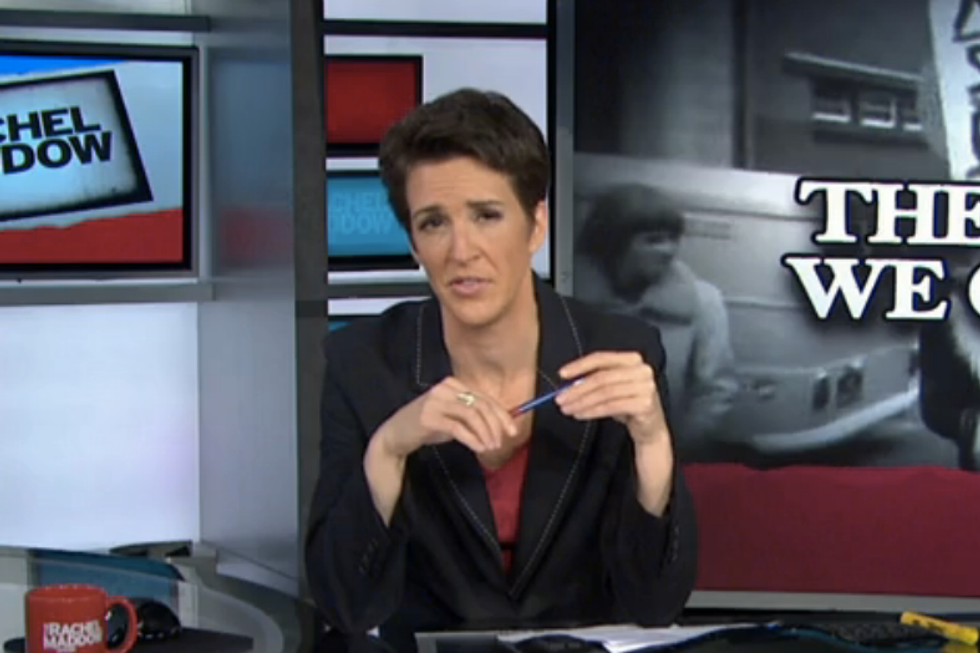 Friday night on her show, MSNBC's Rachel Maddow pointed out that the U.S. could make significantly more effort to protect our children from guns.

She issued an impassioned plea to the U.S. public not to accept the idea that Americans are helpless in the face of gun-happy politicians and wealthy lobbyists to stop gun deaths of children and others in this country.

Amsterdam, she said, is like the land of bicycles. Everything is pedestrian-friendly and laid out in such a way as to maximize the use of alternate transportation. The centuries-old city's crooked streets and dense population have made car ownership there impractical, so most everyone walks or bikes from place to place.

There was a time when bikes and cars shared the road uneasily in the Netherlands. In the 1960s and 1970s, the Dutch mounted a campaign to end traffic deaths of children and other people on bikes.

"That movement was started in the Netherlands by kids," Maddow said. "Stop murdering children with your cars" was the unofficial motto of the movement.

"Their kid-started movement changed their whole country in a way that is now globally celebrated," said Maddow.

Saturday marks the year anniversary of the massacre at Sandy Hook Elementary School in Newtown, Connecticut. The people of Newtown have asked the media to stay away as they privately come to terms with their loss.

"The national discussion about where we are as a nation a year after Newtown," Maddow said, "is a discussion that mostly feels like one that's about futility."

"It sometimes seems impossible, like there might be no safe place to be a kid," she continued, pointing out the Friday shooting at Arapahoe High School in Colorado.

"The conventional wisdom says that we can do nothing more as a country to stop gun violence," she said. "You can't get people to give up any access to guns. 'Guns are part of who we are and how we live, so get over it!'"

"Or don't get over it," she said. "Don't get over it when they say that there can be no changes to what we're used to, that there's no compromise that can be lived with, that the repeated and frequent murder of children has to be normal and there's no way to stop it at all."

"We have a choice," she insisted, "And we can make change. If we adults don't see a way to do it, our best hope is that the surviving kids are smarter and braver and more clever and more committed than we are."

Watch the clip, embedded below via MSNBC: