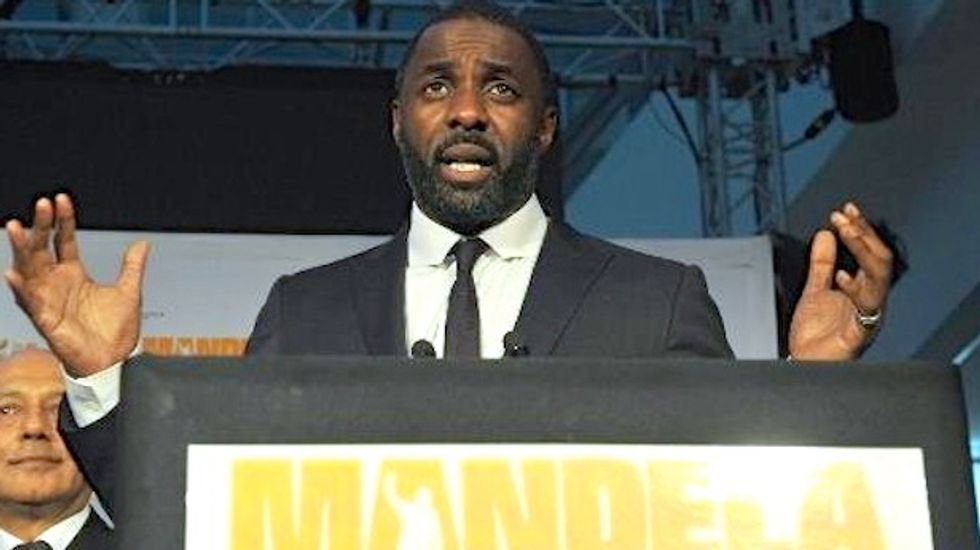 South African producer Anant Singh said he was "extremely pleased with the audience reaction" and the emotional response to the two-and-a half-hour movie.

Largely based on Mandela's autobiography of the same title, "Long Walk to Freedom" traces the life of the revered leader from his childhood in the rural Eastern Cape, through his anti-apartheid activism and decades of incarceration, to his election as the country's first black president in 1994.

The film opened in the United States on November 29, earning an average of $25,076 per screen, according to producers. It is seen as an Oscar contender, with Elba's performance in particular worthy of a best acting nomination.

Mandela, 95, is currently under medical care at his Johannesburg home after spending nearly three months in hospital with a lung infection earlier this year.

His condition has been described as critical but stable.