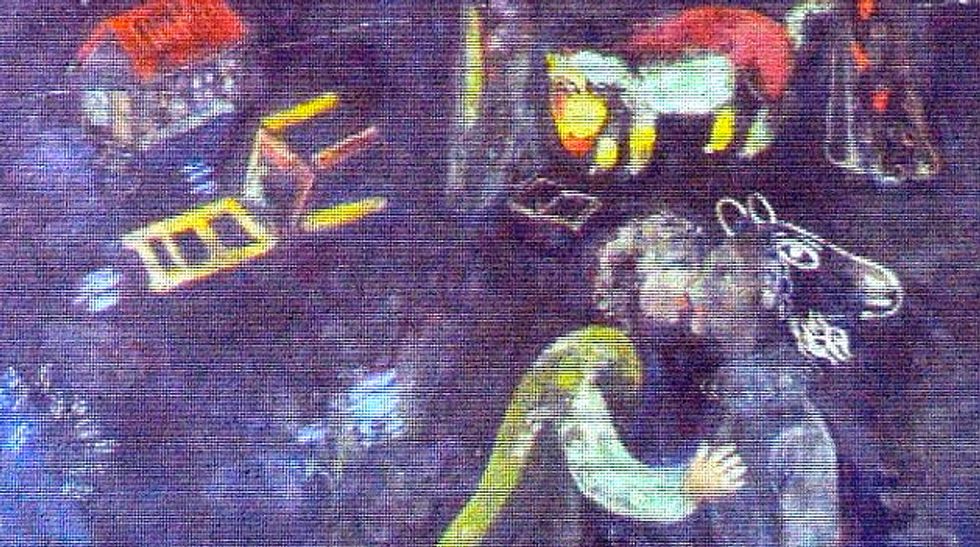 A masterpiece by Marc Chagall found in an art trove hidden in a Munich flat was stolen by the Nazis from a Jewish family, a newspaper said Wednesday.

The top-selling Bild daily cited documents it found in Berlin official archives and said it had contacted the sons of the original owner who had fled the Nazis to the United States during World War II.

"Our father often spoke about the Chagall and other artworks that were stolen by the Nazis," the paper quoted the sons of the late owner Savely Blumstein, Neil and Philip, as saying.

Art experts now value the work by the Russian-French early modernist painter Chagall, a painting previously unknown to scholars, at up to one million euros ($1.3 million), Bild said.

The undated "Allegorical Scene" from the mid-1920s was amid more than 1,400 suspected Nazi-looted artworks found in early 2012 in the garbage-strewn Munich apartment of an elderly recluse.

When news finally broke last month of the "Nazi art trove", it caught global attention and led Germany to speed up efforts to locate the rightful owners, publishing some of the pictures on website lostart.de.

The eccentric hermit who was in possession of the art, Cornelius Gurlitt, 80, is the son of Nazi-era art dealer Hildebrand Gurlitt, who acquired the paintings in the 1930s and 1940s.

The elder Gurlitt had been tasked by the Nazis with selling art the Hitler regime deemed "degenerate" or had stolen, or bought for a pittance under duress, from Jewish collectors.

Bild reported that the Nazi secret police, the Gestapo, in 1941 stole the painting and all other property of the Blumsteins, a Jewish-German family who lived in Riga, Latvia.

Savely Blumstein had managed to flee to the United States with his brother Salomon, while a third brother and other family members were killed during the Nazi attack on the Soviet Union.

Blumstein died in 2009, but Bild said it had located his sons Neil, 57, and Philip, 53, after finding the compensation papers in state archives in Berlin.

The Nazi-era art dealer Gurlitt had claimed he received the painting as a gift in 1943, said Bild.