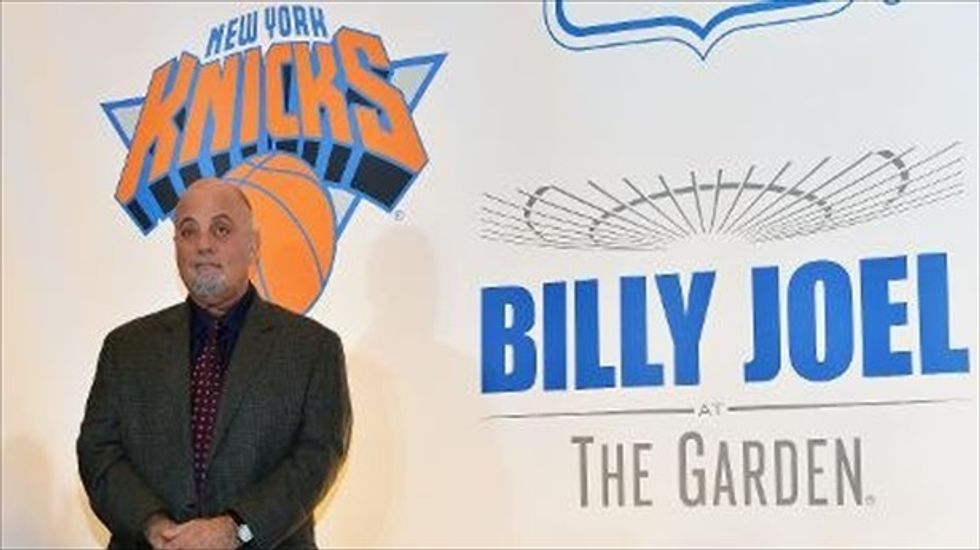 Grammy-winning US singer Billy Joel on Tuesday announced a residency deal with Madison Square Garden that will see him play once a month at the iconic New York venue "as long as there is demand."

The deal makes Joel the Garden's first-ever "music franchise" -- he joins the New York Knicks, Rangers and Liberty, all sports teams, as a resident of one of the world's most famous arenas.

The first four shows in January, February, March and April -- which were previously announced -- are already sold out.

"Performing at Madison Square Garden is a thrilling experience. I?ve played different venues all over the world, but there?s no place like coming home to the Garden," Joel said in a statement on his website.

Neither Joel nor Madison Square Garden indicated when additional shows would be announced. No end date for the residency was given.

Joel, who was born in New York, has already played a record-breaking 47 shows at Madison Square Garden, including a sold-out run of 12 consecutive nights in 2006.

He has sold more than 150 million albums all over the world and is the sixth best-selling recording artist in history.

This month, Joel will receive a Kennedy Center Honor, a recognition of lifetime achievement in the performing arts.