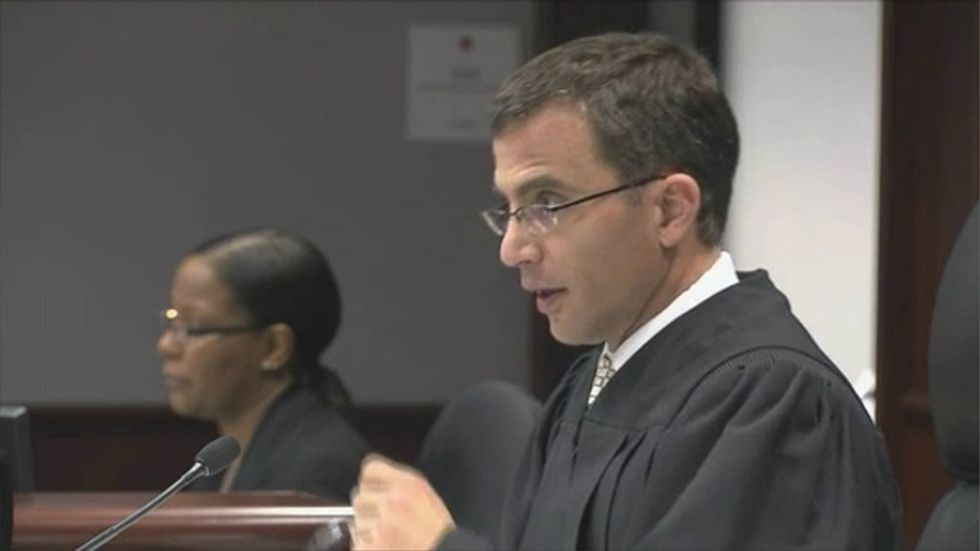 A Superior Court judge in Raleigh on Monday gave the NAACP permission to rally at the State Capital building to protest the Republican-controlled legislature after Gov. Pat McCrory's (R) administration refused to approve a permit for the group.

NAACP attorney Scott Holmes told Judge Allen Baddour that the state's action's were unconstitutional because the state had claimed that the permit had been denied because the event would have more than 100 people. But hundreds of people attended a Christmas tree lighting ceremony with Gov. McCrory in the same area earlier this month.

"What's really going on here is that the state has preferred speech and non-preferred speech," Holmes explained. "They prefer government speech over the people's speech. And that's unconstitutional."

Special Deputy Attorney General Don Teeter, however, insisted that "the Department of Administration and its directors do not care what speech is rendered by an applicant. We don't even ask for it."

Baddour pointed out to Teeter that the applicant was required to "provide goals, objectives and purpose" on the permit application.

"I reject the argument that we are limiting speech at all," he later added. "These folks have been permitted to go to an appropriate area to speak to their hearts' content."

But Baddour ruled that he had no choice but to grant a temporary restraining order, blocking the Department of Administration's decision not to approve the permit.

The judge said that he suspected that the administration's ban on the NAACP was "either discretionary or content based."