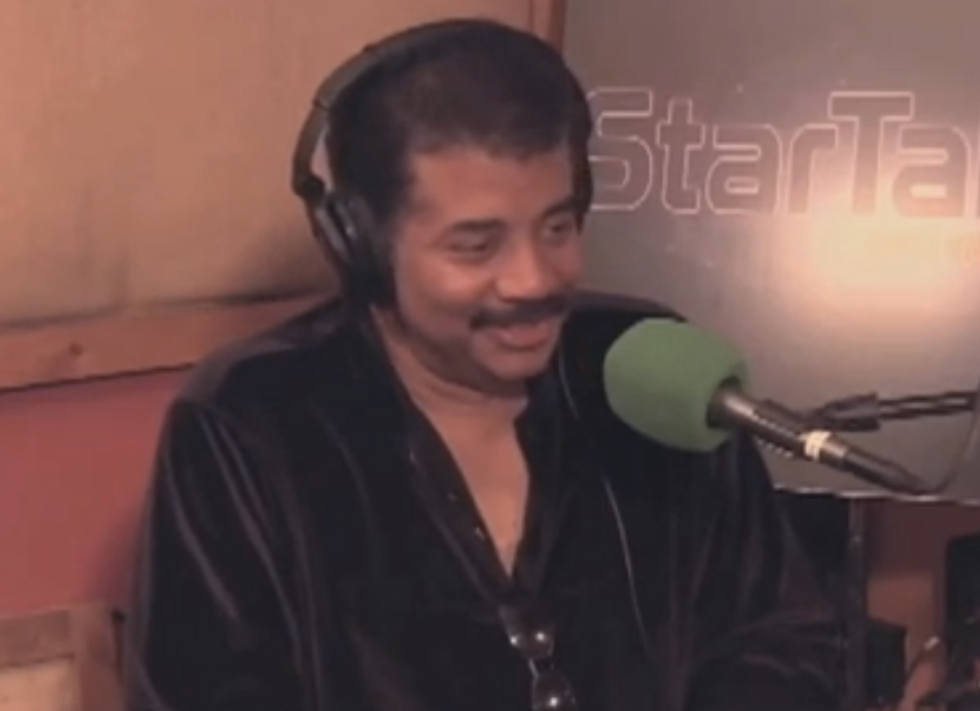 In the video below, astrophysicist Neil deGrasse Tyson explained to his co-host Eugene Mirman the physics of magical British governess Mary Poppins.

"Dear Neil deGrasse Tyson and funny person," a listener wrote to deGrasse Tyson's radio show "Star Talk," "How high can one fly a kite? I was watching 'Mary Poppins' recently and it got me thinking that if one had a long enough string, how high could the kite possibly go if the kite and string were made of a sturdy enough material?"

"I love that question," deGrasse Tyson responded. "So, what you need is enough updraft to keep the kite afloat against the weight of the string that's pulling down the kite. Remember that."

"And," he continued, "at the end of 'Mary Poppins' when they're all flying kites? All the kite string angles are the same as they're standing there, I just want to make note of that. That would be true if all the kites were flying at about the same height, and the wind is the same for everybody, so they did that accurately."

He went on to explain that, setting aside wind drafts, the higher the kite travels, the more string it's trailing. That string has weight. At a certain point, the weight of the string is approaching that of the kite. At that point, the string "becomes a burden to the kite" and the kite won't ascend any further.

If you had "a really huge kite," he said, "you could take it up to the stratosphere."