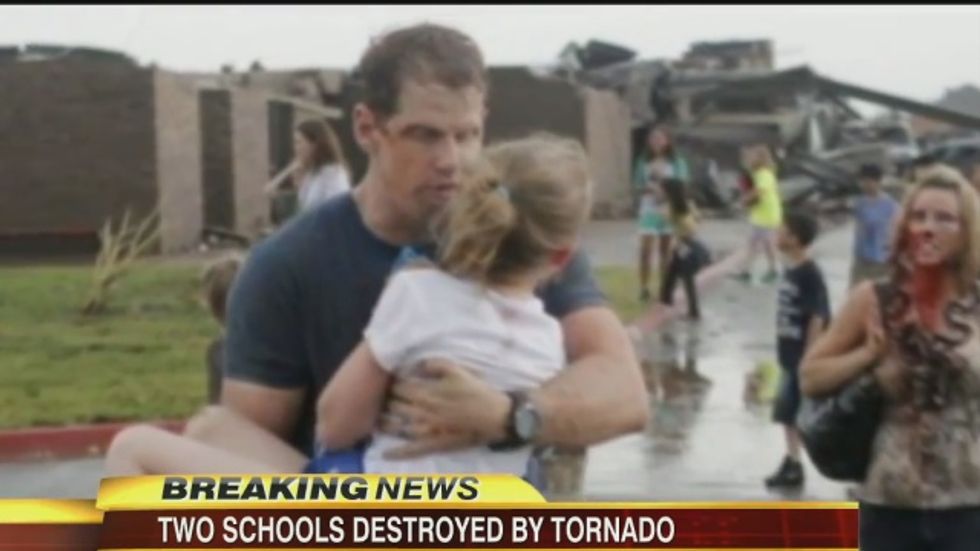 A plan to put shelters in schools after seven children died in 2013 from a series of devastating tornadoes has been scrapped because Republican leaders are pushing for corporate tax cuts instead.

The Associated Press reported on Monday that Gov. Mary Fallin (R) and other lawmakers have called to eliminate a so-called franchise tax that forces corporations to pay $1.25 for every $1,000 invested in the state.

The tax had been temporarily suspended in 2010, but Democratic state Rep. Joe Dorman had called on using the $40 million annual revenue it would generate to fund the tornado shelters.

"That just seemed like the best place to draw the money without hurting the budget," Dorman told the AP.

Republican leaders, however, have argued that it's more important to attract businesses to the state by cutting taxes.

"Just adding on a new tax burden on Oklahomans is not the answer," Republican Oklahoma Superintendent of Public Instruction Janet Barresi insisted.

Backers of the tornado shelter proposal have been collecting signatures to put the question to Oklahoma voters, but they are short of the 155,000 signature needed to put the issue on the ballot.

The Oklahoma Supreme Court planned to meet on Wednesday to decide if Attorney General Scott Pruitt (R) went too far when he forced a change to the proposed ballot measure to suggest that the tornado shelters would divert money otherwise used for running the state government.