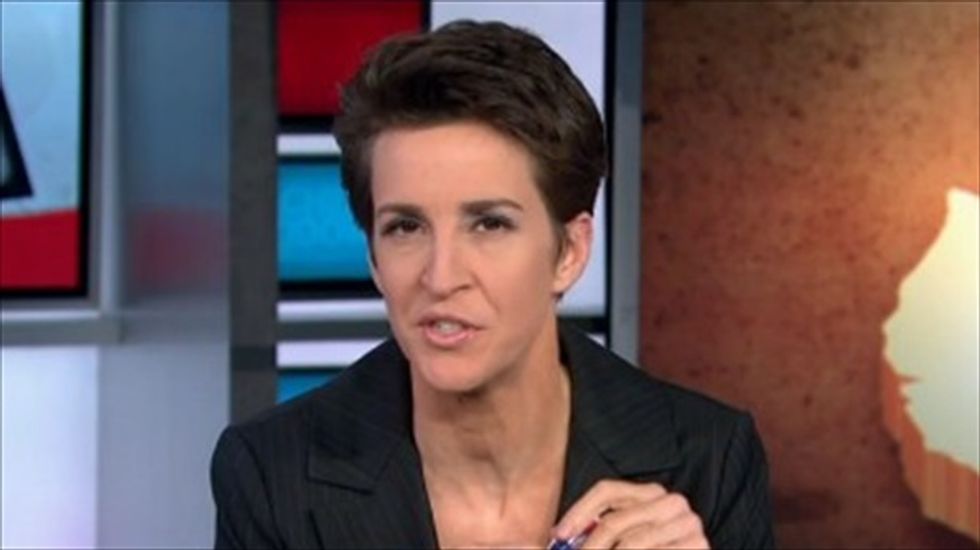 Issa, she said on Tuesday, "is a human sieve. He's a piece of tupperware where the lid shrunk in the dishwasher, but the container never did. And now it's never really going to close again. It's not air-tight. It doesn't hold water."

Unlike Burton -- an avowed enemy of then-President Bill Clinton who issued more than 1,000 subpoenas during his tenure atop the committee -- Issa "doesn't seem to be able to stop himself," Maddow said, pointing out that the California Republican released court-sealed documents related to the "Fast and Furious" gun sales investigation, supposedly because his office forgot about the court order.

Issa's indiscretions, Maddow explained, had led fellow committee members to complain that their group was no longer trusted with secret material, citing a leak to CNN regarding security information for the government healthcare exchange website. The White House also refused to release the material, arguing that it could provide would-be hackers with a "blueprint" for attacking the site.

Maddow also laughed at the thought of Issa suggesting Fox News knew more about about the Affordable Care Act than a Texas state official during one of his "fake hearings" in Richardson, Texas.

"Darrell Issa is not the most amazing member of Congress ever," Maddow said, before referring to one of Burton's conspiracy theories. "But he is right up there. He's never shot a watermelon, as best as we know. But give him time."

Watch Maddow's commentary, as aired on Tuesday on MSNBC, below.