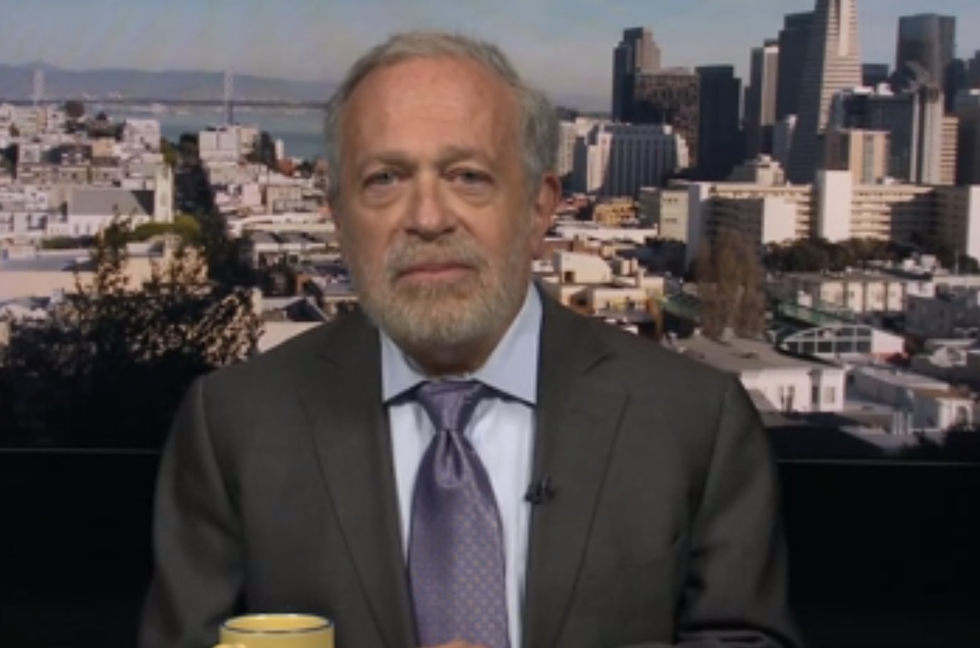 In November, Winship gave an interview to Business Insider in which he argued that fears of the economic impact of income inequality are overstated. Like many pro-business conservatives, Winship is eyeing pension funds and retirements as the next source of corporate plunder.

"I’ve always really been impressed with Chairman Ryan's entitlement reform proposals which I think are incredibly bold," he gushed. "On the left, the sort of boldness that’s really required is to tell the middle class that you’re going to have to raise their taxes, because if you’re a liberal, that’s what’s going to have to happen. You can’t do what the left wants to do and continue to think that tax increases on the rich are going to get you there. No one on the left is really willing to say that."

On "News Hour," Reich, who worked in the Clinton administration, pushed back against Winship's pro-market platitudes and said that Republicans' current inaction on renewing unemployment benefits to millions of struggling Americans is only going to do more damage to the economy.

Cutting benefits to struggling families, Reich explained, is "not just bad for those families, but also bad for the economy overall, because, remember, those unemployment benefits going to the unemployed will be or have been turned around by the unemployed in terms of their purchases of goods and services."

"And that means the economy will be that much less robust," Reich said.

"I don't think there's much reason to be concerned" about economic inequality, said Winship. The damage to the middle class, he said, "has really been overstated. The middle class has not stagnated."

Reich argued that the further the individuals at the top of the "income ladder" pull away from the rest of the people in the U.S., the more difficult it becomes for people in lower income brackets to get anywhere or better their situations.

"Plus we now have a lot of the middle rungs of that ladder disappearing," he said, as labor unions are undermined by pro-business politicians and wealthy corporations. "Those rungs of the ladder are now gone."

"One of the reasons we are seeing such a slow, anemic recovery," he continued, "is because the vast middle class doesn't have the purchasing power to keep the economy going. With so much money, over 20 percent of the total income, going to the top one percent, the vast middle class and the poor, they don't have enough money to buy enough to get the economy back on track."

Watch video about this story, embedded below via PBS News Hour:

[hat-tip to Crooks and Liars]