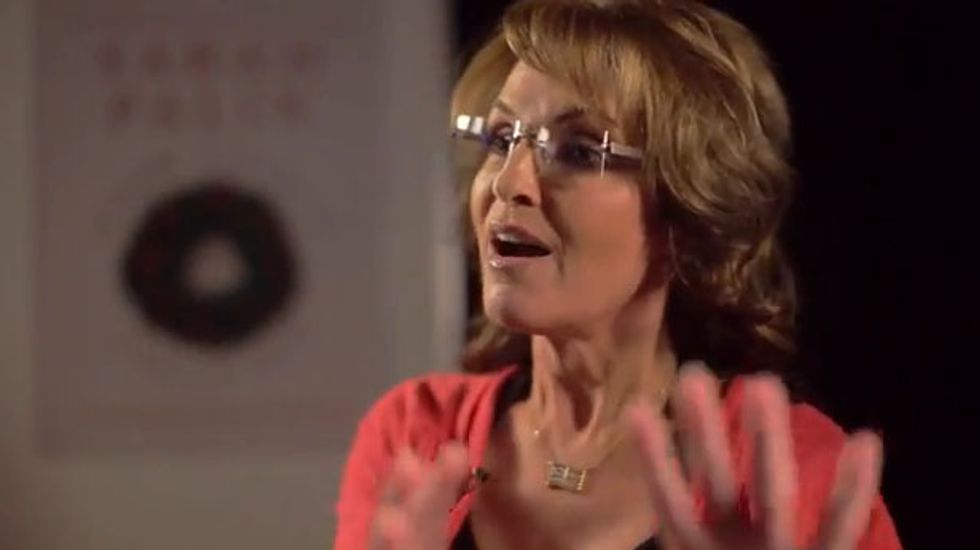 "Angry atheists" aren't just trying to "abort Christ from Christmas," according to former Alaska governor Sarah Palin, they are also threatening the American way of life.

In her new book about the so-called "war on Christmas," she castigates litigious atheists and dubs them "Joe McScrooges."

"A Joe McScrooge armed with an attorney is quite dangerous," Palin told the Christian Broadcasting Network on Monday after being asked if atheists were dangerous to America.

"The road that we are on today is too many of those angry atheists armed with attorneys would try to take away that freedom to express faith. It's going to end in ruin unless we do something about it," she added.

"I want this book to be a call to action, to take steps for school districts, for communities, for business owners, for families to understand they don't have to hide their faith," she explained. "They don't have to be embarrassed by it."

Palin warned the "war on Christmas" was merely the first battle in the fight against those who "want to take God out of our society."