Sarah Palin: People might be afraid to 'start a business' because Martin Bashir attacked me 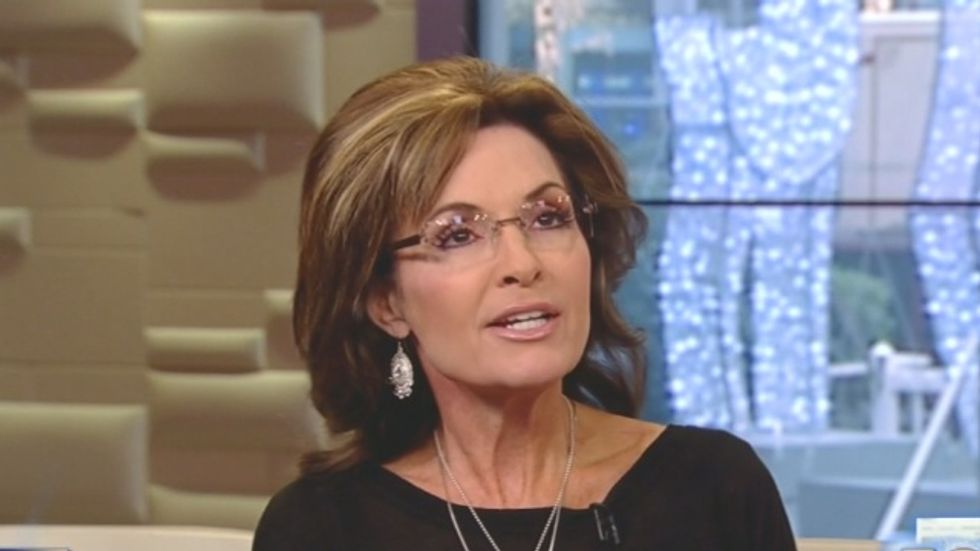 Former Alaska Gov. Sarah Palin on Thursday responded to Martin Bashir's resignation from MSNBC by saying that she was used to being the victim of liberals, but she hoped that the former host's attack did not stop other people from starting businesses.

On Wednesday, Bashir had announced that he was resigning from MSNBC after suggesting that Palin deserved to eat human feces the way that slaves were once forced to for her remarks comparing the federal debt to slavery.

"My role is to accept his apology and be humble enough and to, you know, accept it and move on," Palin told the hosts of Fox & Friends on Thursday. "But I just hope that unprovoked attacks like that don't result in people being hesitant to jump in the arena anyway, to get out there and serve the public or start a business or really commit themselves to changing within their family, their community, their world, doing whatever they can despite the fact that, in this world, you are going to be hurt and attacks will come your way."

"I just hope that an attack like that doesn't make people hesitate."

The former governor said it was "refreshing" to find that some members of the media defended her.

"Many in the media did come out and say, look, our standards have got to be higher than this," she observed. "Those with that platform, with the microphone, a camera in their face, they have to have some more responsibility taken."

But Palin also insisted that there was still a double standard when it came to attacks on conservative women.

"The target of the attack is usually more significant than what the attack, the articulated words used, actually are," she explained. "And that's part of that doubled standard."