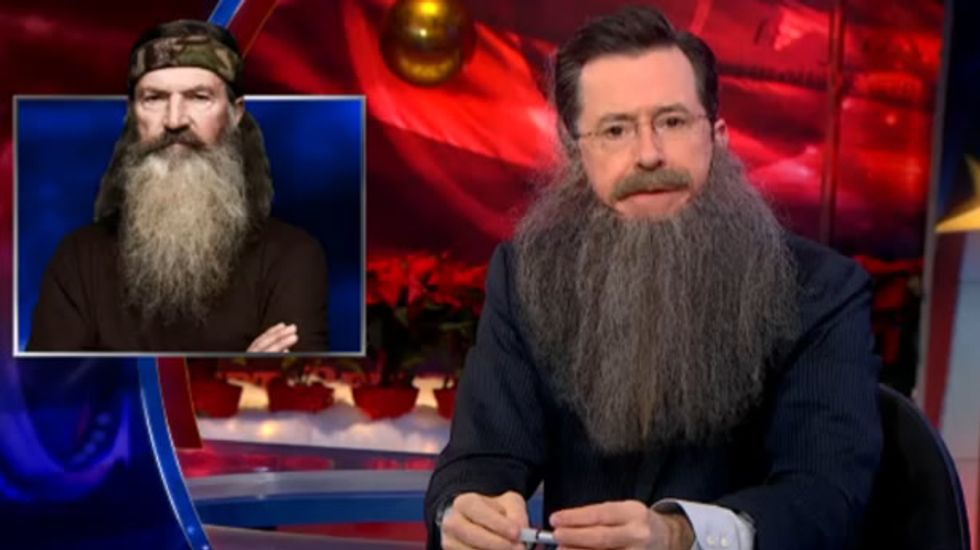 "This is a terrible day for Americans," Colbert said. "But admittedly, a pretty good day for ducks."

"Why did A&E A-and-axe him?" he asked. "Because this good Christian man spoke his mind to GQ about the gays."

After quoting Robertson's remarks about preferring "vaginas" to "a man's anus" because "there's more there," Colbert admits that "it's not the eloquent speech you might expect from a backwoods Louisiana bird-murderer."

He then went on to discuss Robertson's views on race, which include his remarks about having grown in the pre-Jim Crow era, when "no [black people] were singing the blues."

"For Pete's sake," Colbert said, "they got their own water fountain. In fact, they had it so good, white people pretended to be them."

Watch the entire segment from The Colbert Report below.