Ted Cruz says his dad was right: Obama is 'dictatorial' like Castro 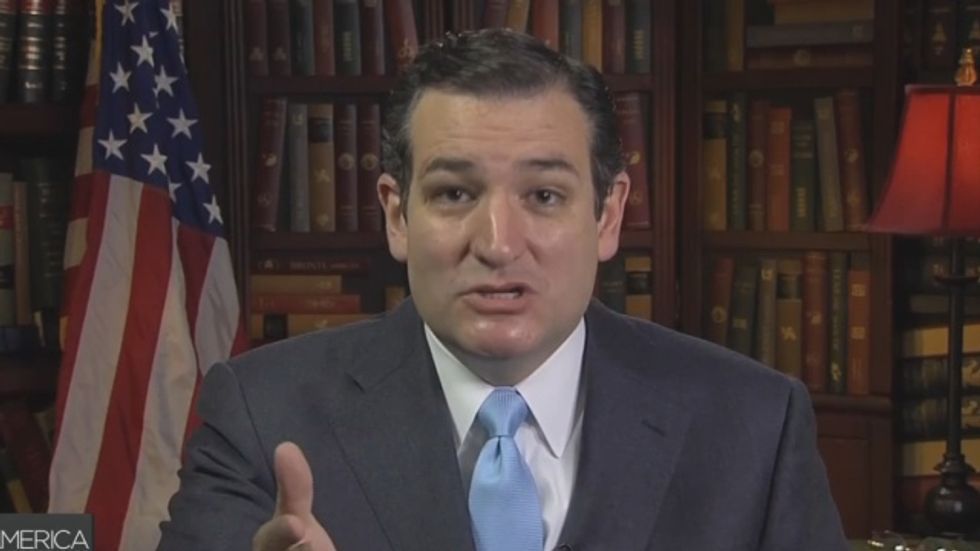 Sen. Ted Cruz (R-TX) this week agreed with his father's comparison of Barack Obama and Fidel Castro, noting that the United States president was also "dictatorial."

Earlier this year, Rafael Cruz told a tea party group that Obama was "just like" the Cuban dictator because he has promised to use his executive power if Congress refused to act on climate change.

"I think the most ominous words I’ve ever heard was in the last two State of the Union addresses, when our president said: ‘If Congress does not act, I will act unilaterally.’ Not much different than that old, bearded friend that I left behind in Cuba — governing by decree, by executive order, just like a dictator, like Fidel Castro," Rafael Cruz had said.

He also noted that Castro had talked about "hope" and "change" just as Obama had during the 2008 campaign.

In an interview with Fusion's Jorge Ramos that aired on Wednesday, Ted Cruz was asked to explain that comparison.

"Obviously there are enormous differences," the Texas senator admitted. "The United States is not imprisoning or torturing dissidents. But the point my father was making — he was focusing on a sentence that President Obama used in the last two state of the union addresses where he said, 'If Congress doesn't act, I will.'"

"One of the most disturbing aspects of the Obama presidency is the willingness of this president to disregard the law, to ignore the law," he continued, pointing to the decision to delay the employer mandate in the president's health care reform law.

"A president under a constitutional system doesn't have the ability to pick and choose which laws to follow," Ted Cruz said. "And that's the same pattern you see in dictatorial societies, where a leader says, 'Ignore the law, go with the power of the president instead of the written law.' That's not the way our constitution is supposed to work."