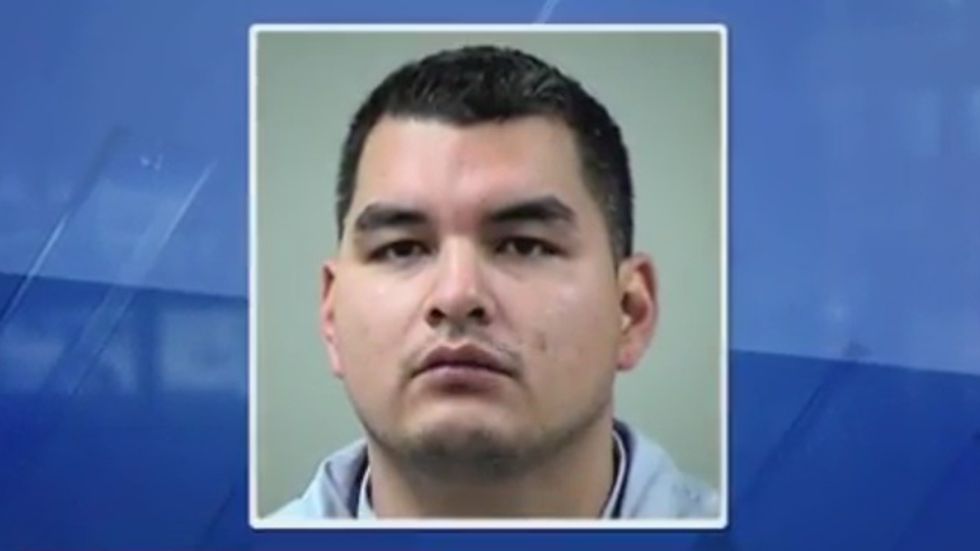 A police officer in Texas has been accused of shooting another man multiple times after two women reportedly refused to go along with a plan to swap sexual partners for the night.

But when Guitron showed up at Salazar's apartment on Saturday night, things did not go as planned.

A woman who apparently came to the apartment with Guitron told police that they all had a few drinks, but she “didn't feel right” and pushed Salazar away when he started kissing her in the bedroom.

The police report indicated that a second 29-year-old woman -- presumably Salazar's partner -- became upset when she came in the bedroom because she had not been told about the plan to swap partners.

The first woman urged Guitron to leave, but he began to fight with Salazar. Police documents alleged that the Olmos Park officer then told the 29-year-old woman to get his .45-caliber Springfield XDS pistol. She told police that she fired a shot at Guitron “just to scare him," but then later said she couldn't remember firing the shot.

Guitron suffered gunshot wounds to his chest, right hand and his left pinky may have also been hit. He was listed in critical but stable condition after being taken to San Antonio Military Medical Center.

Salazar was charged with aggravated assault with a deadly weapon and released on $50,000 bail. He has been placed on leave without pay by the Olmos Park Police Department.

"We have an officer that made a mistake, made a bad judgement," Olmos Park Police Chief Fritz Bohne told WOAI. "And as I tried to tell kids that want to get into law enforcement, be careful about your decisions cause decisions have long-term consequences."