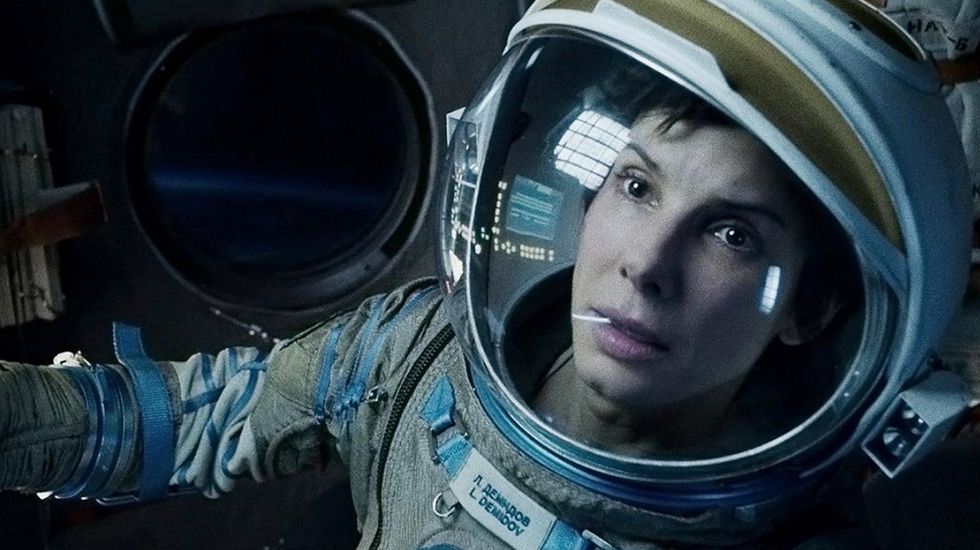 Research shows female stars are paid less, have fewer lines and spend more time with their clothes off than men

By Monday morning, The Hunger Games: Catching Fire, the sci-fi adventure thriller starring Jennifer Lawrence, will have taken close to half a billion dollars in global ticket sales. A female-led blockbuster is rare in any year, and all the more so in one marked by box-office disappointments and industry turmoil.

Nevertheless the film's success is likely to intensify rather than diminish calls for greater sexual equality in film. For despite the success of women-led films such as The Hunger Games and Cate Blanchett's Oscar-tipped performance in Woody Allen's Blue Jasmine, or directors like Kathryn Bigelow and writers such as Lena Dunham – and most recently the taboo-busting French lesbian romance Blue Is the Warmest Colour – Hollywood remains stubbornly set in its ways regarding sexual equality.

The New York Film Academy has published a remarkably comprehensive study that demonstrates just that: enduring disparities are revealed in the number of speaking parts given to men and women; the relative number of roles requiring full or partial nudity also shows a stark difference; and the sexual divide in offscreen jobs and the gulf in earnings between male and female actors is laid bare.

In publishing the survey, the academy called for a discussion about why, when women comprise half of ticket-buyers and nearly half of directors entered at this year's Sundance Film Festival, their numbers fall away dramatically at the top end of the industry. "By shedding light on gender inequality in film, we hope to start a discussion about what can be done to increase women's exposure and power in big-budget films," its publishers state.

Examining the top 500 films from 2007 to 2012, the survey found one third of speaking parts are filled by women and only 10% of films are equally balanced in terms of roles. The average ratio of male to female actors is 2.25 to 1.

"Like in any big industry, change takes time," points out Dr Martha M Lauzen, executive director, Centre for the Study of Women in Television, Film & New Media at San Diego state university, California, whose research forms the basis of the academy study. "The film industry doesn't exist in a bubble. It's part of a larger society that tends to have biases and prejudices."

According to Lauzen, women comprised 18% of all directors, executive producers, producers, writers, cinema- tographers, and editors working on the top 250 domestic grossing films in 2012 – an improvement of only 1% since 1998. Counting directors alone, women accounted for only 9% – the same figure as in 1998. Lauzen says it is relevant to compare the number of women in positions of power in film, onscreen or off, to the number of women in leadership positions in Fortune 500 companies. "All of these are highly coveted, high-status positions – and when you're talking about those kinds of positions, they remain dominated by men."

The most surprising thing, Lauzen says, is the apparent lack of change. "A filmgoer might reference Hunger Games and think things must be OK. It's easy to be misled by a few high-profile cases. But you have to do the count; and the numbers show we're not seeing any change." According to Forbes, the 10 highest-paid actresses made a collective $181m (£110m) versus $465m made by the top 10 male actors. At last year's Academy Awards, 140 men were nominated compared with 35 women. There were no female nominees in directing, cinematography, writing or in several other categories.

When it comes to the silver screen itself the results of Lauzen's research are even more stark: 29% of women in the top 500 films wore sexually revealing clothes compared with only 7% of men; 26% of actresses appear partially naked, compared with 9% of men, and the percentage of teenage females depicted with some nudity has risen by a third since 2007. While those figures may be skewed by one film alone (Harmony Korine's hit teenage skin celebration Spring Breakers) the overall pattern of sex bias is unmistakable.

The casting of 50 Shades of Grey has been dogged by the reluctance among a series of potential male leads (including British hunk Charlie Hunnam, who accepted the part before dropping out over "scheduling conflicts") to get their kit off in a three-movie deal. At the same time, Adèle Exarchopoulos and Léa Seydoux, the stars of Blue Is the Warmest Colour, who were jointly awarded the Palme d'Or at the Cannes Film Festival, have spoken of their embarrassment at the excessive attention paid to the 20 minutes of sex in the three-hour movie. New York Times critic Manohla Dargis likened director Abdellatif Kechiche's filming to pornography. "Women tend be younger and are still expected to adhere to a higher standard of appearance," says Lauzen, whose studies have found filmgoers are more likely to know the marital status of a female character and occupation of a male. All of this feeds into stereotypes about the important parts of identity. For women, that is to be very young and look a certain way."

In her acceptance speech for an award for excellence in film, at Women in Film LA's annual Crystal+Lucy awards in June, actress Laura Linney witheringly described the overwhelmingly male ambience in the US film industry. When she first started, she said, she was astonished at the "enormous amount of time" men spent discussing the colour of her hair – a process that became "absurd and a complete waste of time".

"I soon realised that for the most part I was surrounded by men. As an actress in film, it is very easy to become isolated just due to the ratio of gender inequality that exists. Rarely do you have a scene with other women, very few women are on the crew, and what few female executives arrive tend to keep to themselves."

The success of individual women in film, whether Jennifer Lawrence in The Hunger Games, Cate Blanchett or Kathryn Bigelow, is often treated as a sign of progress, when, according to Lauzen and other critics, they are the exceptions that prove the rule. "The Hunger Games is just one film," says Lauzen. "The same thing happened when Bridesmaids came out, or when Kathryn Bigelow won her Oscar. People start talking about a 'Bridesmaids effect' or a 'Bigelow effect' – that these high-profile successes would radiate an effect to other women in the business."

But, she says, that's not the case. "Kathryn Bigelow's success may have helped her, but it didn't change the world because attitudes about gender or race or age are held on a very deep level. Old habits die hard. One of the reasons we haven't seen much change, is that it's not seen as a problem by people in positions of power – even by some women. Unless you perceive something as a problem you're not going to fix it."