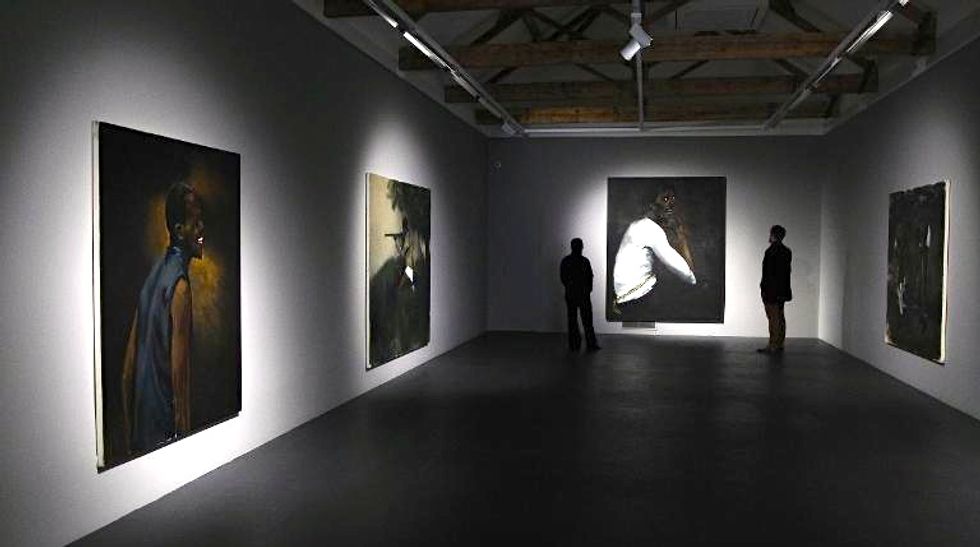 The creators of a naked male mannequin who pees into a bucket and a room filled only with conversation are in the running for Britain's prestigious Turner prize for contemporary art announced on Monday.

The £25,000 ($40,000, 30,000-euro) annual prize made famous by Damien Hirst and Tracey Emin is notorious for challenging the public's perceptions about what constitutes art.

The four nominees created a typically eclectic collection for this year's prize exhibition in Londonderry in Northern Ireland, the first time it has been staged outside England.

The work that got many visitors scratching their heads was Tino Sehgal's "This is Exchange", an empty room where guests are offered a small amount of money to engage in conversations about the market economy.

Another entry, David Shrigley's "Life Model", a larger-than-life naked humanoid robot which blinks and periodically urinates, was judged too offensive for some visiting school groups.

The model is presented as the subject of a life drawing and visitors are encouraged to sit down and sketch, their efforts later displayed around the room as if in a real class.

The fourth and most conventional artist to be nominated is Lynette Yiadom-Boakye, a portrait artist of Ghanaian descent and the first black woman to be in the running for the prize.

The Turner prize, the winner of which will be announced live on television on Monday evening, is unique in Britain in the way it sparks a debate among people who are not normally interested in art.

But the controversy that surrounded previous entries -- notably Emin's "My Bed" in 1999, an unmade bed full of empty vodka bottles, used condoms and soiled underwear -- has subsided as contemporary art has become commonplace.

The sensitivity of the schools in Londonderry which chose to avoid Shrigley's naked man garnered some surprise, and was explained by the fact Northern Ireland is generally seen as more conservative than the rest of Britain.

The prize is part of the celebrations for the 2013 UK City of Culture in Londonderry, a town best known for one of the worst episodes of the Troubles.

The exhibition has been staged at the former Ebrington barracks, where British soldiers were based when they fired on civil rights protesters on Bloody Sunday in 1972.

An inquiry in 2010 found that all 14 people killed and many more injured were unarmed and completely innocent.

The Turner prize was established in 1984 by the Tate gallery in London in honour of 19th-century J. M. W. Turner, who had long wished to set up an award for younger artists.

It is open to any contemporary artist under the age of 50 who is living, working or born in Britain, and is judged on the work they have put on in the last 12 months.

The winner takes the largest prize although each of the nominees are also handed £5,000 each.