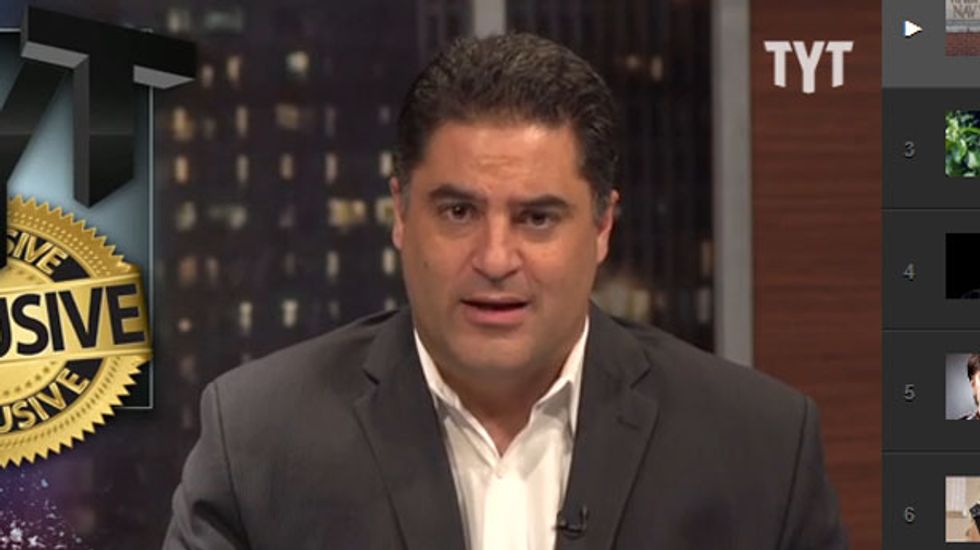 The declining popularity of the Catholic Church among the young, Young Turks host Cenk Uygur said on Monday, does allow him to agree, in a way, with Fox News host Bill O'Reilly's concerns over "the secularist left" gaining public influence.

"When O'Reilly says there's a 'culture war' going on, as I've often said, he's partly right about that," Uygur said on Monday, adding that, "We are winning, 'cause you're on the wrong side, O'Reilly, and we're on the right side. And the young are on our side. They're not just gonna go into church and say, 'Okay, tell me what to think. Tell me what the sky god tells you to tell me what to do.' How absurd is that?"

Recent polling by Gallup, Uygur explained, showed that the amount of people who believe a "high" or "very high" moral standard exists among clergy members had dropped from 67 percent of respondents in 1985 to 47 percent in 2013, and just 32 percent among people between 29 and 34 years of age. Uygur, a self-identified atheist, took it as a good sign that people were not as willing to base their morality based on the views of "a conduit middleman."

"You've lost your moral authority," Uygur continued. "We are winning the culture wars, and that's a sad day for you. But it's a good day for reason, logic, and hopefully, making decisions based on rationality."

But even if clergy members' approval ratings have fallen, Uygur noted, they're still faring better than state lawmakers (14 percent), members of Congress (9 percent), and lobbyists (6 percent).

"Clergy, don't feel too discouraged," Uygur urged. "We don't hate you nearly as much as we hate lobbyists."

Watch Uygur's commentary, as aired on Monday, below.