What is the second law of thermodynamics? 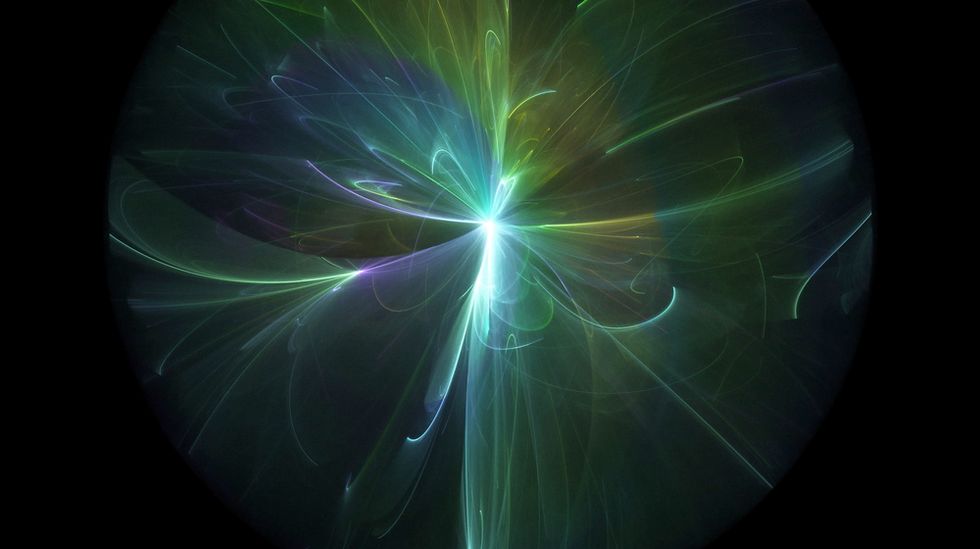 Thermodynamics is the study of heat and energy. At its heart are laws that describe how energy moves around within a system, whether an atom, a hurricane or a black hole. The first law describes how energy cannot be created or destroyed, merely transformed from one kind to another. The second law, however, is probably better known and even more profound because it describes the limits of what the universe can do. This law is about inefficiency, degeneration and decay. It tells us all we do is inherently wasteful and that there are irreversible processes in the universe. It gives us an arrow for time and tells us that our universe has a inescapably bleak, desolate fate.

Despite these somewhat deflating ideas, the ideas of thermodynamics were formulated in a time of great technological optimism – the Industrial Revolution. In the mid-19th century, physicists and engineers were building steam engines to mechanise work and transport and were trying to work out how to make them more powerful and efficient.

Many scientists and engineers – including Rudolf Clausius, James Joule and Lord Kelvin – contributed to the development of thermodynamics, but the father of the discipline was the French physicist Sadi Carnot. In 1824 he published Reflections on the Motive Power of Fire, which laid down the basic principles, gleaned from observations of how energy moved around engines and how wasted heat and useful work were related.

The second law can be expressed in several ways, the simplest being that heat will naturally flow from a hotter to a colder body. At its heart is a property of thermodynamic systems called entropy – in the equations above it is represented by "S" – in loose terms, a measure of the amount of disorder within a system. This can be represented in many ways, for example in the arrangement of the molecules – water molecules in an ice cube are more ordered than the same molecules after they have been heated into a gas. Whereas the water molecules were in a well-defined lattice in the ice cube, they float unpredictably in the gas. The entropy of the ice cube is, therefore, lower than that of the gas. Similarly, the entropy of a plate is higher when it is in pieces on the floor compared with when it is in one piece in the sink.

A more formal definition for entropy as heat moves around a system is given in the first of the equations. The infinitesimal change in entropy of a system (dS) is calculated by measuring how much heat has entered a closed system (δQ) divided by the common temperature (T) at the point where the heat transfer took place.

The second equation is a way to express the second law of thermodynamics in terms of entropy. The formula says that the entropy of an isolated natural system will always tend to stay the same or increase – in other words, the energy in the universe is gradually moving towards disorder. Our original statement of the second law emerges from this equation: heat cannot spontaneously flow from a cold object (low entropy) to a hot object (high entropy) in a closed system because it would violate the equation. (Refrigerators seemingly break this rule since they can freeze things to much lower temperatures than the air around them. But they don't violate the second law because they are not isolated systems, requiring a continual input of electrical energy to pump heat out of their interior. The fridge heats up the room around it and, if unplugged, would naturally return to thermal equilibrium with the room.)

This formula also imposes a direction on to time; whereas every other physical law we know of would work the same whether time was going forwards or backwards, this is not true for the second law of thermodynamics. However long you leave it, a boiling pan of water is unlikely to ever become a block of ice. A smashed plate could never reassemble itself, as this would reduce the entropy of the system in defiance of the second law of thermodynamics. Some processes, Carnot observed, are irreversible.

Carnot examined steam engines, which work by burning fuel to heat up a cylinder containing steam, which expands and pushes on a piston to then do something useful. The portion of the fuel's energy that is extracted and made to do something useful is called work, while the remainder is the wasted (and disordered) energy we call heat. Carnot showed that you could predict the theoretical maximum efficiency of a steam engine by measuring the difference in temperatures of the steam inside the cylinder and that of the air around it, known in thermodynamic terms as the hot and cold reservoirs of a system respectively.

Heat engines work because heat naturally flows from hot to cold places. If there was no cold reservoir towards which it could move there would be no heat flow and the engine would not work. Because the cold reservoir is always above absolute zero, no heat engine can be 100% efficient.

The best-designed engines, therefore, heat up steam (or other gas) to the highest possible temperature then release the exhaust at the lowest possible temperature. The most modern steam engines can get to around 60% efficiency and diesel engines in cars can get to around 50% efficient. Petrol-based internal combustion engines are much more wasteful of their fuel's energy.

The inefficiencies are built into any system using energy and can be described thermodynamically. This wasted energy means that the overall disorder of the universe – its entropy – will increase over time but at some point reach a maximum. At this moment in some unimaginably distant future, the energy in the universe will be evenly distributed and so, for all macroscopic purposes, will be useless. Cosmologists call this the "heat death" of the universe, an inevitable consequence of the unstoppable march of entropy.