Why Do People Bag On Cats So Much? 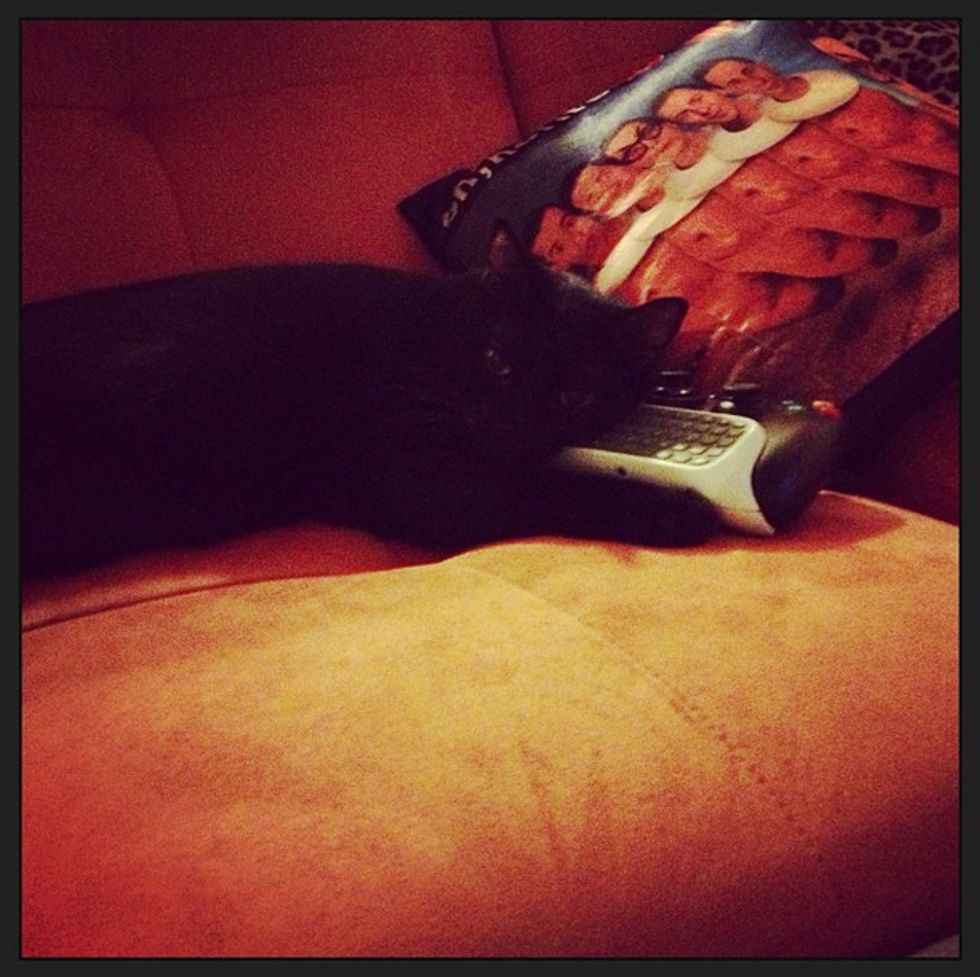 Rebecca Watson has a great post up that, while purporting to be an examination of the cat vs. dog debate, is a subtle lesson in how to think critically about scientific studies, especially those that have pat "lessons" that just so happen to appeal to a certain subset of people. In this case, it's cat-haters. The study supposedly shows that cats don't experience love like dogs and babies do, because cats don't obsess over you the way dogs or babies do.

Mills first replicated the study using dogs, and found that dogs reacted very similarly to babies. Cats, on the other hand, reacted very differently. While babies and dogs displayed distress at realizing their mother/owner had disappeared, cats didn’t seem to care very much and went on playing with the stranger. When the mother/owner returned, the babies and dogs ran to them while the cats acknowledged their return with a glance and then returned to playing.

Mills states that the research is not complete yet, though the trends I mention above have already emerged. He believes this shows that while dogs are attached to their owners and see them as a source of love and protection, cats seem to see their owners only as a source of food.

It seems to be a study that was done by someone who probably has an agenda and who mistook a hypothesis for a predetermined conclusion. Your eyebrows should already be high at the idea that love is so easy to define and quantify, but in case not, Rebecca explains the problem with measuring "love" by how panicked someone gets over a very short term separation.

Personally, I would love to see this experiment recreated with a teenager. Parent and teen enter the room. Teen sees a Playstation 4 in the corner and proceeds to play with it. A stranger enters and picks up the second controller. While the teen is distracted, the parent leaves the room. The teen does not notice. Eventually, the parent returns. The teen does not notice.

Indeed, if my boyfriend treated me like dogs treat you, I would not believe it's because he loves me more. I would believe he has a problem and needs to seek help. Also, it's not like cats never want to hang out with you. They just do it on their own schedule. Cats, as we cat owners know, often just have shit to do. They are busy.

What troubled Rebecca was how eager people were to hear that cats are just fooling you stupid cat owners with their fake love. She writes, "I’ve never really understood the 'dog person' vs 'cat person' fight, and why I’d have to choose one over the other (in much the same way that I was baffled when someone first told me I could like either The Rolling Stones or The Beatles, but not both, god forbid)."

Well, I think I have a theory, and yes, it's sexism. Deeply sublimated sexism, but sexism all the same. While all sorts of people have pets of both types, cats are associated with not just women, but single, childless women. A lot of what people are doing when they insist that you cat doesn't really love you and you must be fooling yourself is a kind of mansplaining: Silly cat ladies, who think that their cats love them! It fits into this larger narrative about how women are dumb and needy and cling to cats, unlike sure-footed, bright men who pick a pet they know loves them: dogs. (Never mind that men have cats and women have dogs, too. There's no doubt that these pet choices are imagined as gendered in the public imagination. I get at least 10 people a week sending me "clever" jokes about how I must be a lonely woman who only has cats for comfort.)

The association between cats and women and dogs and men also creates a sympathetic magic-type thinking. Cats are imbued with one of the worst stereotypes of women, popular with "pick-up artists": That women are shallow creatures who don't love so much as seek out the richest man they can find, and they exchange sex for security. Except cats are characterized as shallow creatures who merely feign affection for security, but basically, same theory. Instead of crafting more studies to "prove" cats don't love you, then, I'd like to see a study that measures if there's a correlation between holding negative views of cats and believing women are gold-diggers. Because I have a hunch that might just be so.