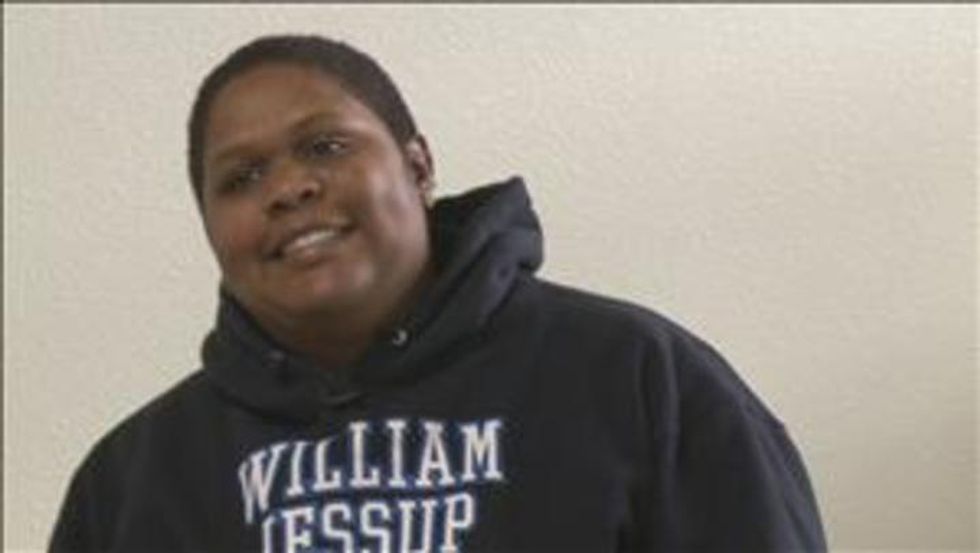 A 26-year-old woman with a turbulent past took an unconventional route to finding peace and happiness over the holidays this year.

According to Stockton, CA's Channel 10 News, William Jessup University student Jackie Turner has faced a lifetime of physical, sexual and emotional abuse, survived the rough life of the streets and is now in search of a little comfort and joy.

"I am looking to rent a mom and dad who can give me attention and make me feel like the light of their life just for a couple of days because I really need it," Turner wrote on Craigslist, the popular online classified ad service.

"I've never felt the touch of my Mom hugging me and holding me. I don't know what it's like to look in my dad's eyes and feel love instead of hatred," she told Channel 10.

"On the outside, it looks like I'm the American dream kid," Turner said. "But I have a back story that most people wouldn't believe if they looked at me today."

"I was in gang life, on the streets, fighting, doing drugs, just making a mess of my life," she explained.

After an arrest for grand theft and a year behind bars, Turner decided to try to turn her life around. Now she's maintaining a 4.0 grade point average at William Jessup University, but she feels that there's something missing from her life.

"There's still something deep inside of me. There's this void, my biological parents aren't here, and it's kept this hole inside of me," she said.

So she turned to the Internet, placing an ad on Craigslist and offering to pay $8 an hour "to rent a mom and dad."

"Just to sit, just to listen," she said. "Just to cry with me, no strings beyond that."

Dozens of families replied saying that would be happy to take Turner into their embrace at no charge. It was the other people who she heard from who surprised Turner.

"People are afraid to open their mouths and say, 'This hurts, this sucks'," she said tearfully. Her ad gave them a safe space to open up.

Now instead of renting a family, Turner said she is creating one, bringing together the other survivors who contacted her.

"When you speak up, people start learning that they're not by themselves," she explained. "Often we lock things inside of ourselves, like a lockbox of our secrets. But then you let one out and realize, 'I'm not by myself after all, am I?'"

Watch video about this story, embedded below via Channel 10 News: