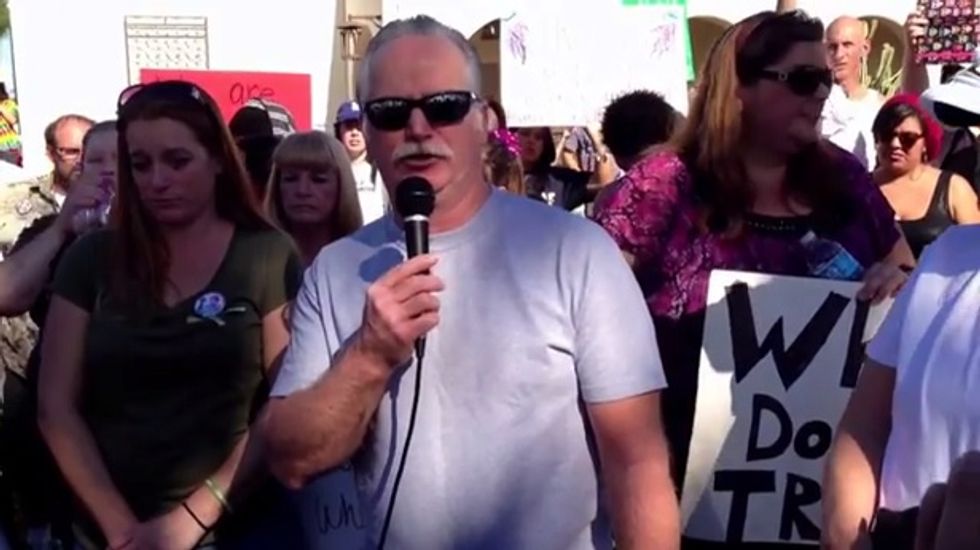 Police arrested at least 15 people Saturday at a rally for justice for Kelly Thomas, a schizophrenic homeless man who died in 2011 after being Tasered and beaten by officers in Fullerton, Ca.

Protesters issued a dispersal order Saturday evening to the 150 protesters, the Los Angeles Times reported. Protesters had been gathered for most of the day, less than a week after a jury found two former police officers, Manuel Ramos and Jay Cicinelli, not guilty in Thomas' death. Cicinelli has since said he may sue to get his old job back.

During the protest in Orange County, a camerawoman for the CBS affiliate in Fullerton was assaulted by a female protester. That protester was among those arrested Saturday on charges ranging from vandalism to failure to disperse.

Police confronted Thomas, who suffered from schizophrenia, at the Fullerton bus depot in July 2011, after being called to investigate a report of someone trying to break into cars.

A video of the incident shows six police officers surrounding Thomas, as he cried "Dad!" and appears to attempt to comply with officers' demands.

“They got away with murdering my son,” Cathy Thomas, mother of Kelly Thomas, told CBS after the verdict was read.

Watch video of Ron Thomas, speaking at the protest below.