America declared an 'unconditional war on poverty' 50 years ago, but you'd never know it 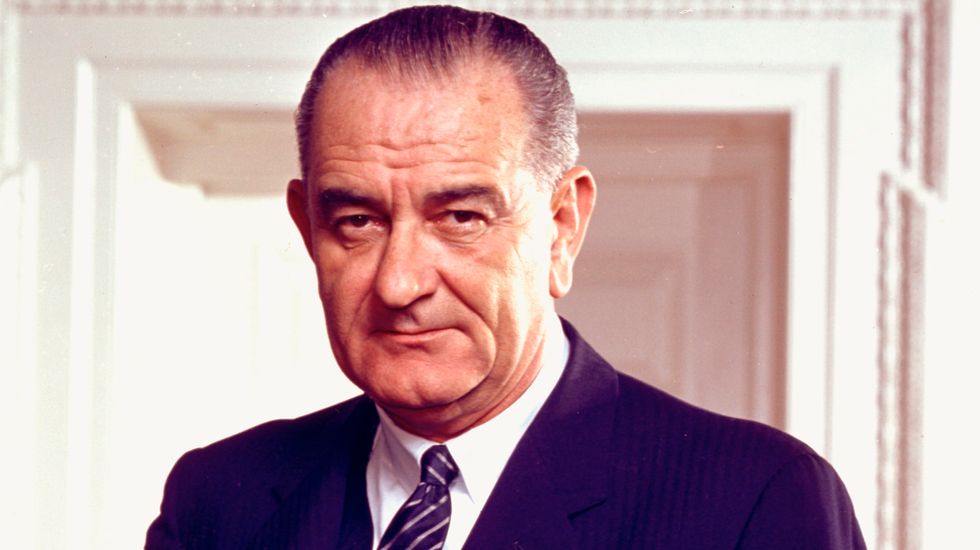 Photo portrait of President Lyndon B. Johnson in the Oval Office

Lyndon Johnson declared an unconditional war on poverty for reasons both economic and moral. They are still relevant today

This 8 January marks the 50th anniversary of President Lyndon Johnson's declaration of "unconditional war on poverty". The statement came in a state of the union address that, because of its often drab prose, has rarely drawn much praise. But a half century later, it's time to re-examine the case Johnson made in 1964 for remedying poverty in America.

In an era such as our own, when – despite a poverty rate the Census Bureau puts at 16% – Congress is preparing to cut the food stamp program and has refused to extend unemployment insurance, Johnson's compassion stands out, along with his nuanced sense of who the poor are and what can be done to make their lives better.

Johnson's approach to poverty reflects the influence of John F Kennedy and the New Deal thinking of Franklin Roosevelt, but the passion behind Johnson's call for a war on poverty has its deepest historical parallel in a figure very unlike him – the turn-of-the-century American pragmatist William James. James, in his 1906 essay, the Moral Equivalent of War, made the case for bringing the fervor we associate with war to improving civic life.

In words that might easily have been spoken by James, Johnson declared:

In the past we have often been called upon to wage war against foreign enemies which threatened our freedom. Today we are asked to declare war on a domestic enemy which threatens the strength of our nation and the welfare of our people.

On 4 December 1963, shortly after the assassination of President Kennedy, Johnson wrote a letter to the American Public Welfare Association in which he spoke of launching an "attack on poverty". But over the course of 1964, it was through a series of public addresses and in championing such legislation as the Economic Opportunity Act, for which Congress, at Johnson's urging, appropriated $947m, that LBJ showed how committed he was to eradicating poverty.

At the core of Johnson's war on poverty, which he continually linked to civil rights, lay his belief that, while coming to the rescue of the poor was important, temporary relief could not be the basis of victory. "The war on poverty is not a struggle simply to support people, to make them dependent on the generosity of others," LBJ insisted. "We want to offer the forgotten fifth of our people opportunity and not doles."

For Johnson, the war on poverty was a struggle to transfer power to those in need by enabling them to stand on their own feet. Better schools, better healthcare, better job training were fundamental to Johnson's war on poverty because these measures allowed those who were once poor to compete equally. They no longer had to ask others to take pity on them.

The initial agent for achieving such change, Johnson had no doubt, was the government, and he made no apologies for government activism; as far as LBJ was concerned, government had historically played an activist role in American life. He believed he was proposing nothing the country had not done in different ways before.

In March 1964, when he formally proposed his nationwide war on poverty, Johnson told Congress:

From the establishment of public education and land-grant colleges, through agricultural extension and encouragement to industry, we have pursued the goal of a nation with full and increasing opportunities for all its citizens.

In helping people out of poverty, Johnson realized that he was making American society more egalitarian by lessening the gap between rich and poor, but he did not see the action he was taking as detrimental to the wealthy. His war on poverty was not a zero sum game in which one group's gains promised another group's losses. "Our history has proved that each time we broaden the base of abundance." Johnson argued, "we create new industry, higher production, increased earnings, and better income for all".

At a period when the economy was expanding, and polls indicated that more than 75% of Americans believed they "could trust government to do the right thing most of the time", Johnson's argument resonated with voters more readily than it would today. In the end, though, LBJ was unwilling to let his efforts depend on economics alone. He made a point of defending the moral basis of a war on poverty:

In Johnson's eyes, the measure of a victorious war on poverty rested on achieving an America "in which every citizen shares all the opportunities of his society". By contrast, "soulless wealth", as Johnson observed during a speech at the University of Michigan, was abundance that remained inaccessible to all but a relative few. Soulless wealth typified a society divided between haves and have-nots.

We will never know how much more successful Johnson's war on poverty might have been without the impact of the Vietnam War on the American economy and American political life. Yet by 1973, just nine years after Johnson's declaration of war, poverty in America was down to 11.1%, compared to 19% when Johnson took office.

This is an achievement we have not equaled in recent years, but it is one we should learn from, especially as we continue to struggle with built-in headwinds such as a federal minimum wage of just $7.25 per hour ($15,080 annually) and the lingering effects of the Great Recession.