Arizona pastor offering tax-deductible exorcisms over Skype for $295 each 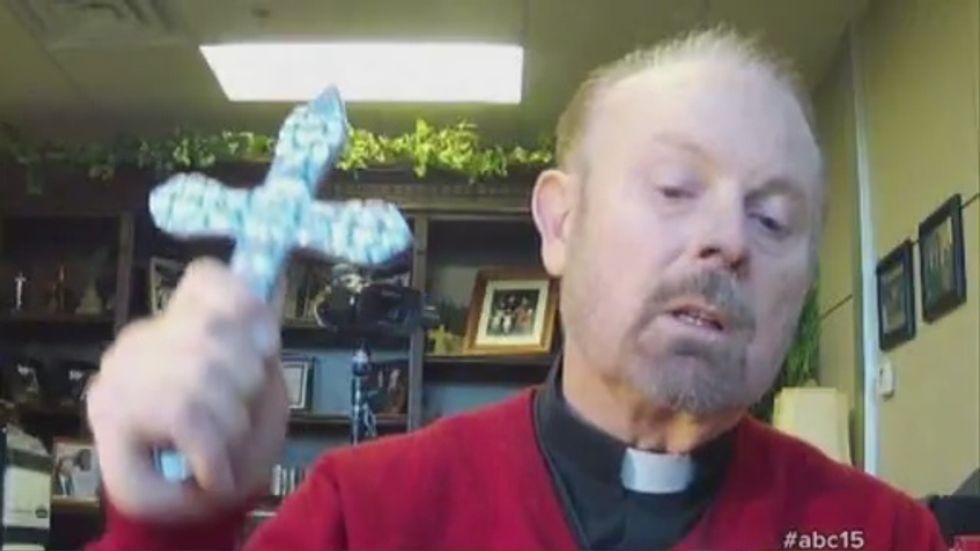 An evangelical pastor in Arizona has taken his exorcism business to the Internet.

Reverend Bob Larson told KNXV that he has performed over 20,000 exorcisms over the past 20 year. And thanks to the Skype video chat software, he can now offer the service to people all over the world for just $295 for a 60-minute session, according to The Huffington Post.

U.S. residents can even deduct the donation to Larson's International Missions Program from their taxes.

“In simple terms, an exorcism is the process of expelling an evil spirit from an individual who has become somehow invaded and demonized by that being, and sending it back to hell and freeing the person,” the reverend explained to KNXV.

However, International Catholic Association of Exorcists Director Reverend Isaac Kramer has warned that Internet exorcisms are just a scam.

But Larson insisted that people are getting their money's worth.

“It’s real,” he remarked. “There would be no reason to theatrically stage this for any reason. Why would anybody do that? I have no idea.”