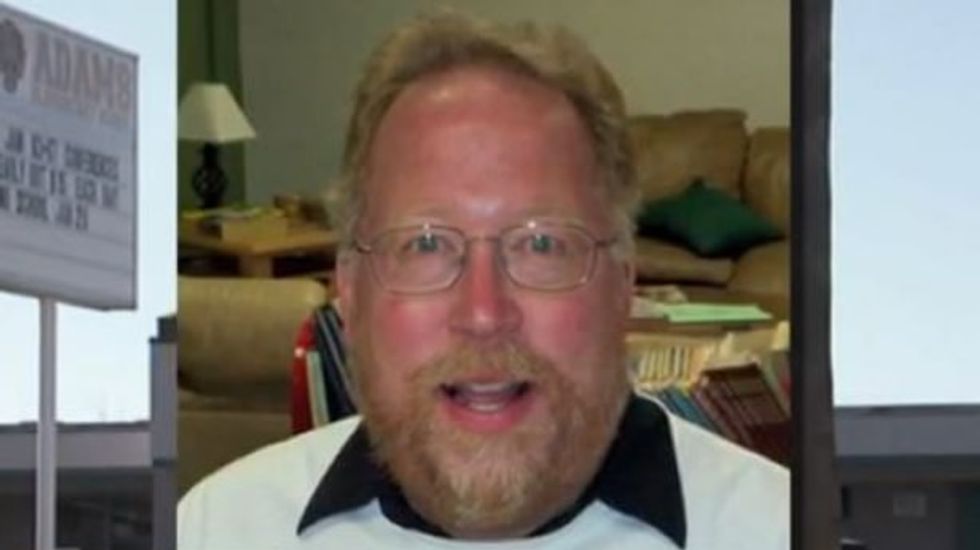 A kindergarten teacher in Arizona is facing 26 counts of indecent exposure and one count of child abuse after he stripped off the shirt of a developmentally-delayed 6-year-old girl in a crowded classroom.

Police arrested Adams Elementary School teacher Thomas Washburn last Wednesday. According to police, the female student became agitated when the classroom she was in began to fill up. To relieve her anxiety, she pulled the neck of her shirt over her head in order to hide her face.

Officers claim that Washburn told her to "take her face out of her shirt" multiple times, and when she steadfastly refused to do so, he removed her shirt. She sat in front of her classmates, naked from the waist up, for about 10 minutes before she began crying.

At that point, Washburn returned the shirt to her. When her parents arrived, Washburn informed them of what he had done. Her mother immediately contacted the school's principal, who then called the police.

The Mesa Public School district offered the following statement last Thursday: "Thomas Washburn has been placed on paid administrative leave and is assigned to home. The district will use the police findings as the basis for any future employment action against Washburn. Our first priority is the safety and security of our students. Mesa Police Department is leading the investigation, and we are working cooperatively with them."

Watch a report from ABC15 below.