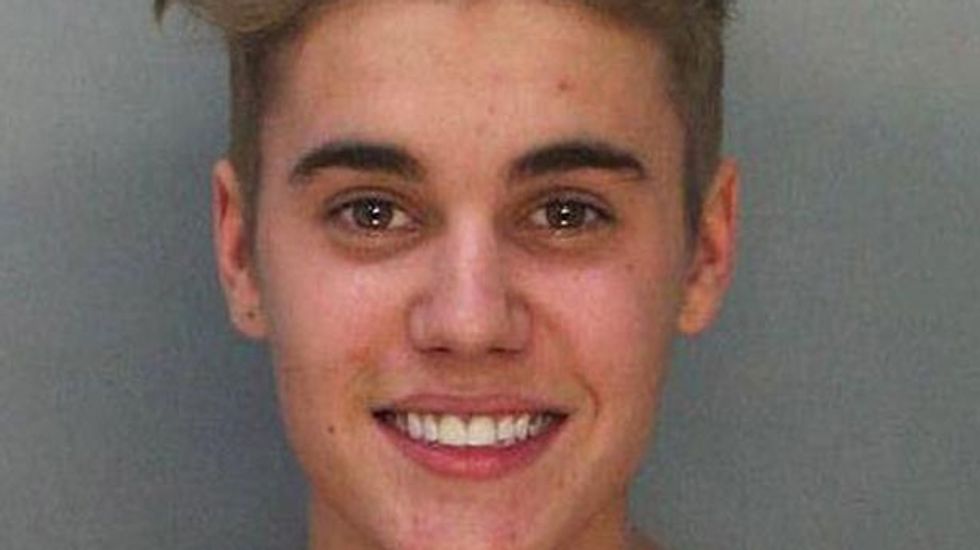 Troubled heartthrob pop star Justin Bieber was charged with assaulting a limousine driver, Canadian police said, after the 19-year-old turned himself in with a crowd of female fans screaming their support.

The charges are the latest run-in with the law for the teen singer after his arrest in Miami Beach on January 23 for drag racing and impaired driving, and after his Los Angeles mansion was searched because he allegedly hurled eggs at a neighbor's house.

Bieber will appear in court on March 10, Toronto police said in a statement, just over two hours after he sparked scenes of chaos as he arrived to turn himself in a black all-terrain vehicle.

Social media lit up as word spread that Bieber had surrendered and adolescent fans, most of them female, thronged the police station.

Bieber is charged with hitting a limousine driver "several times" over the back of the head. The car had picked him and five others up from a nightclub in the city in the early hours of December 30.

Earlier, before going to the club, Bieber had been to a hockey game.

"While driving the group to a hotel, an altercation occurred between one of the passengers and the driver of the limousine," the statement said.

"In the course of the altercation, a man struck the limousine driver on the back of the head several times.

"The driver stopped the limousine, exited the vehicle and called police.

"The man who struck him left the scene before police arrived."

Earlier, wearing a baseball cap turned backwards and a black hooded winter coat, the singer entered the station in Toronto, escorted by officers who rushed him through a large crowd of screaming fans and journalists.

Fans rushed in holding up smartphones hoping to get a picture of the clean-cut, baby-faced young star turned tattooed, barely adult bad boy.

A girl screamed "I love you, Justin, I love you!" as dozens of cameras flashed to light up the night.

The singer has also gotten in trouble with the authorities in Australia and Brazil for spraying graffiti. In Brazil, Bieber was photographed emerging under a blanket from a notorious Rio brothel and later tried in vain to bring prostitutes into the posh Copacabana Palace.

Bieber said he was not guilty of the charges filed against him in Florida last week -- including drunk driving, resisting arrest and driving with an expired license.

In a filing by the pop star's attorneys to a Miami court, Bieber formally rejected the charges.

The White House, meanwhile, was asked to weigh in on Bieber's bad behavior after it received a petition with more than 100,000 signatures calling for the Canadian-born signer to be deported.

By 9:00 pm Wednesday (0200 GMT Thursday), a petition on the White House website calling for the deportation of the Canadian teen idol had garnered more than 155,300 names -- easily surpassing the threshold of 100,000 signatures required for presidential consideration.

"We the people of the United States feel that we are being wrongly represented in the world of pop culture," says the petition, created by one "J.A." in Detroit the day Bieber was busted in Miami Beach.

"We would like to see the dangerous, reckless, destructive and drug-abusing Justin Bieber deported and his green card revoked. He is not only threatening the safety of our people but he is also a terrible influence on our nation's youth. We the people would like to remove Justin Bieber from our society."

Bieber is understood to be living and working in the United States under a renewable O-1 visa for entertainers, rather than a green card for permanent resident status.

It remains unclear whether Bieber's visa to stay in the United States would be affected by his legal issues.